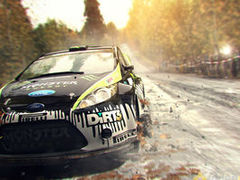 Codemasters is developing a new IP targeted at “true” next-generation consoles, according to the CV of an ex-Codemasters employee.

The LinkedIn profile of an ex-Codies UI dev reveals that she worked on “a new IP at Codemasters that will span at least 6 platforms including true ‘next-gen’ hardware” during the summer of 2011.

The online resumé also says that she helped developed the tech for the studio’s “new EGO 2 engine”, and that the unannounced new IP “will also be the first game to use Codemasters new engine EGO 2”.

Earlier this year, Codemasters launched its new ‘Codemasters Racing’ label to signal the publisher’s “razor focus” on the racing genre.

Could the next-gen new IP be a brand new racing series?

In addition to a next-gen IP, Codemasters is also expected to be developing a range of titles targeted at the current generation.

In May, VideoGamer spotted a bunch of CVs suggesting that a sequel to Race Driver: GRID was in development for current-gen platforms. The firm is also due to release F1 2012 this September.