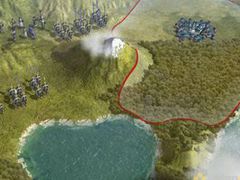 Firaxis has released a patch for Civilization V, squashing a bunch of bugs as if they were nothing more than a stray camp of barbarians.

Chief amongst them are some fixes for a few problems introduced by the recently released Gods & Kings expansion, alongside some other crashes and bugs.

Those patch notes in full: