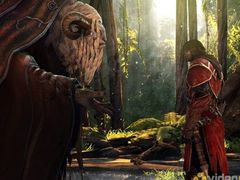 Mercury Steam’s Castlevania: Lords of Shadow, the reboot of one of Konami’s most successful video game franchises, has shipped one million units in the US and Europe, the publisher has announced.

“Castlevania has truly reinvented itself with its move to next gen platforms and we’re extremely pleased at the positive response we’ve seen toward Castlevania: Lords of Shadow globally, mainly due to the dedicated fans who have supported the series for so long,” said Shinji Hirano, president of Konami Digital Entertainment, Inc.

He added: “The remarkable sales achieved in such a short time are a true testament of the work and dedication that went into this project, and we’re very grateful to have partnered with such fine talent in the rebirth of one of Konami’s most successful franchises.”

Castlevania: Lords of Shadow was released in October for Xbox 360 and PS3 and was awarded an impressive 9/10. The game will make its debut in Japan next month.

Lords of Shadow was seen as a disappointment in the UK – the game charted at No.6 in week one, but slipped out of the Top 40 this week.

The epic action title also launched into an unforgiving marketplace, alongside FIFA 11, PES 2011, Dead Rising 2, F1 2010 and Halo: Reach and has since been on sale for under £20 at several retailers.

With that in mind, one million units shipped should be seen as a pretty reasonable achievement for the game, and with the Japanese launch to come the figure should rise even further.