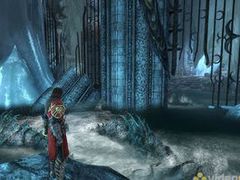 Castlevania: Lords of Shadow sequel reveal teased for May 31

A sequel to Castlevania: Lords of Shadow was rumoured earlier in the week, and now an official announcement appears to be just days away.

A post on the original game’s Facebook page has revealed what looks like the first artwork for the sequel, along with a link to a teaser page displaying the date of May 31.

Lords of Shadow 2 is rumoured to be in development for Xbox 360, PS3, Wii U and PS Vita, with a spin-off game heading to 3DS.