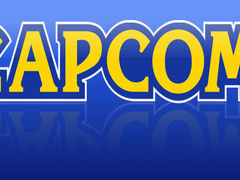 Move and Kinect may be almost upon us, but Capcom won’t be rushing out to embrace the world of casual gaming any time soon.

R&D chief Keiji Inafune says that the company will resolutely stick to its tradition of producing challenging, hardcore games – no matter what happens elsewhere in the industry.

In addition to his work in the R&D division, Inafune served as the director on the forthcoming Dead Rising 2. While speaking to the man himself at a hotel in London, we asked whether Capcom had considered taking a casual-friendly approach with the new game.

“We could have gone down that road, to sell the game by appealing to anyone who can pick up and play. However, if we did that we’d be appealing to a transient target audience, and we wouldn’t be able to stay in the industry long-term. Our aim is to support the fans, the loyal fans, and we want to keep them on so we can stay in the games industry for the long term. That’s our goal.

“Therefore I’ve been telling my team, all the R&D people, ‘If you’re going to come up with anything that’s not worthy of the typical Capcom name, don’t bother.’ We have to stick to our guns, and we have to create games [where] everyone can see it’s from Capcom, that there’s some unique Capcom DNA in it.”

Inafune insists that Capcom will continue to make hardcore games, even if the market eventually forces the firm to make casual titles.

“If that was the case we could probably create a division that would handle casual games, and we could still make Capcom games [separately]. My analogy is football: at the moment football is very popular, but if one day the popularity of football goes down… You’re not going to play football just to attend the World Cup! You’re going to play football because you love it, right? So we’re going to keep on creating Capcom games, no matter what.”

Dead Rising 2 will be released September 24 on PS3 and Xbox 360. The PC version will be released at a later date. A standalone prequel, Case Zero, was released on Xbox LIVE Marketplace earlier this week. You can read our review here.