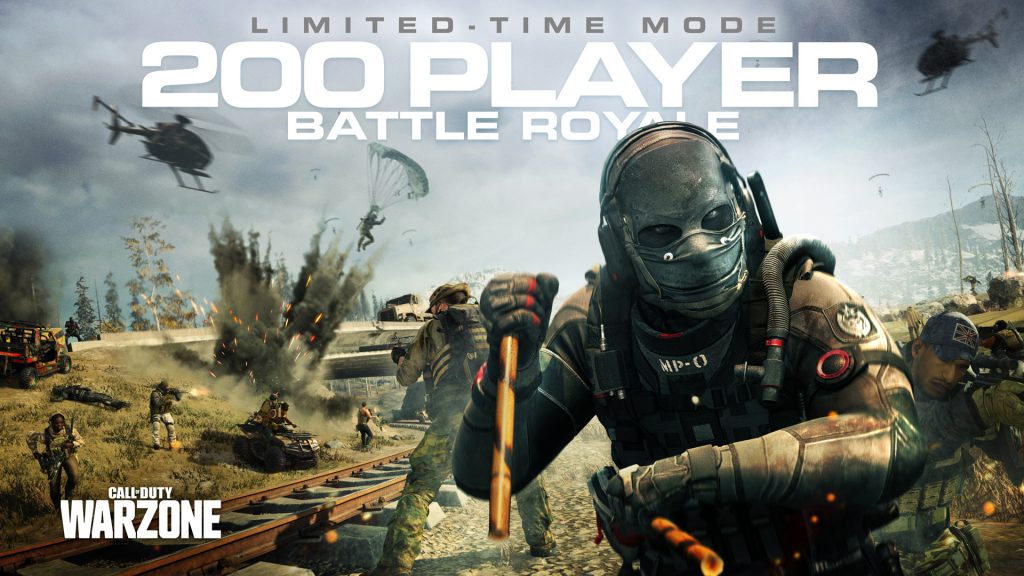 Infinity Ward teased that it had been playing around with the possibility of 200 players scurrying about in the battle royale. Now, we’ll see the fruits of their efforts, in a Quads playlist with 50 teams of four players going for the gold. In addition, the new map is titled Cheshire Park, and is said to be “a picturesque garden and conservatory” set in London, England. Wonderful. The new modes are Team Defender and Juggernaut Royale, the latter offering three Juggernaut suit care packages which gives the wearers boosted health, a mini-gun, zero-fall damage, and a powerful ground pound move.

New Supply Run Contracts are here: “Upon activation, you and your squad (if applicable) will be directed to a nearby Buy Station. Reach it within the time limit to get a discount on Buy Station purchases.” And, the Rytek AMR and the Spotter Scope are now in the loot pool. The Rytek AMR is a semi-automatic sniper rifle and is present in Warzone, multiplayer and co-op. On the other hand, the Spotter Scope is only found in Warzone. This scope lets the player “scan the environment around you and mark enemies without being detected,” because the gear has no glint.

Last but not least, the update clocks in at about 22 to 36 GB for owners of the full version of Modern Warfare and 22 to 30 GB for those who have the free-to-play version of Warzone. “Console owners must install a secondary download of approximately 3.5GB, then reboot the game to access Multiplayer, if desired,” explained Activision. “Once the Season Four Reloaded update is fully completed, it should minimally increase the overall digital footprint of the full version of Modern Warfare.”

Call of Duty: Warzone is out now for PC, PlayStation 4, and Xbox One.