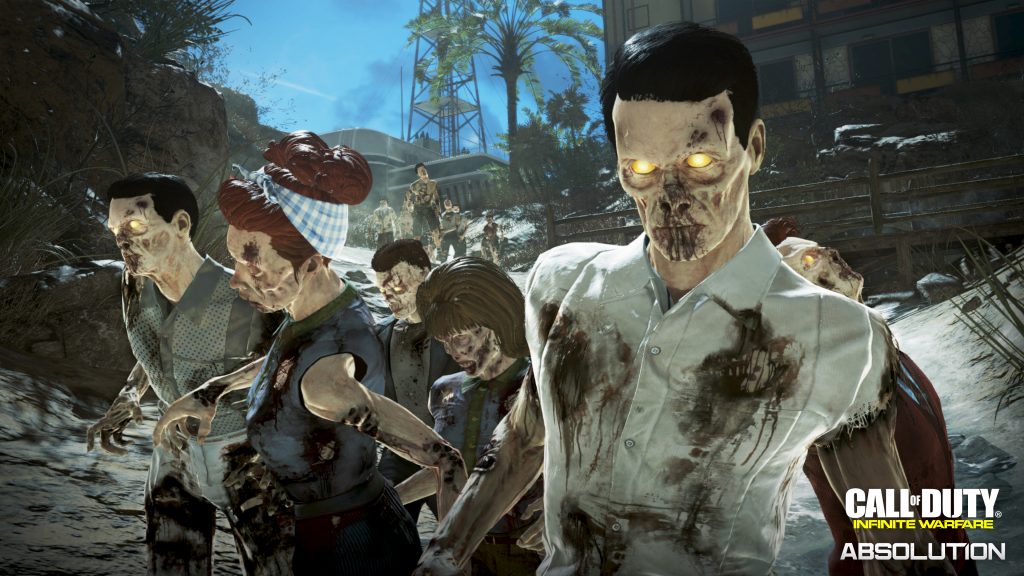 This week sees the PS4 release of Call of Duty: Infinite Warfare’s third map pack Absolution, and with it a launch trailer. Absolution features four new multiplayer maps and a new addition to the extremely popular Zombies saga. It features Elvira Mistress of the Dark. So, grab a tool and start banging.

Fight in all-new locations as you shoot your way through a mini-golf park in Fore, the frozen inner city of Permafrost, a ocean-themed shanty town in Bermuda and a reimagining of Modern Warfare 3’s Resistance, now known as Ember.

In Attack of the Radioactive Thing! you go back in time to the 1950s. Join a cast of survivor’s lead by no less than Elvira herself, fighting to save a small beach town from a government science project that’s gone completely and utterly wrong, unleashing hordes of the undead into civilisation.

Call of Duty: Infinite Warfare’s Absolution DLC pack is out now on PS4, launching for Xbox One and PC in August.