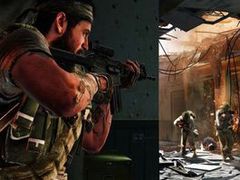 Call of Duty: Black Ops is now on Xbox One backward compatibility

Call of Duty: Black Ops is finally available on Xbox One backward compatibility, Microsoft has announced, more than six months after the game was originally confirmed as coming to the service.

If you own a physical copy of the original Xbox 360 game, pop the disc in your Xbox One to get it installed. Alternatively, digital owners can download it by heading to the My Games & Apps section on their Xbox One. And if you own any of the DLC, don’t forget to download that too by highlighting the game, hitting the Menu button and heading to the Manage Game section.

If you don’t own Black Ops and fancy giving it a go, Xbox Live Gold members are currently able to download it for £11.24. A copy is also included with Black Ops 3, which is available digitally to Gold members for £23.99.