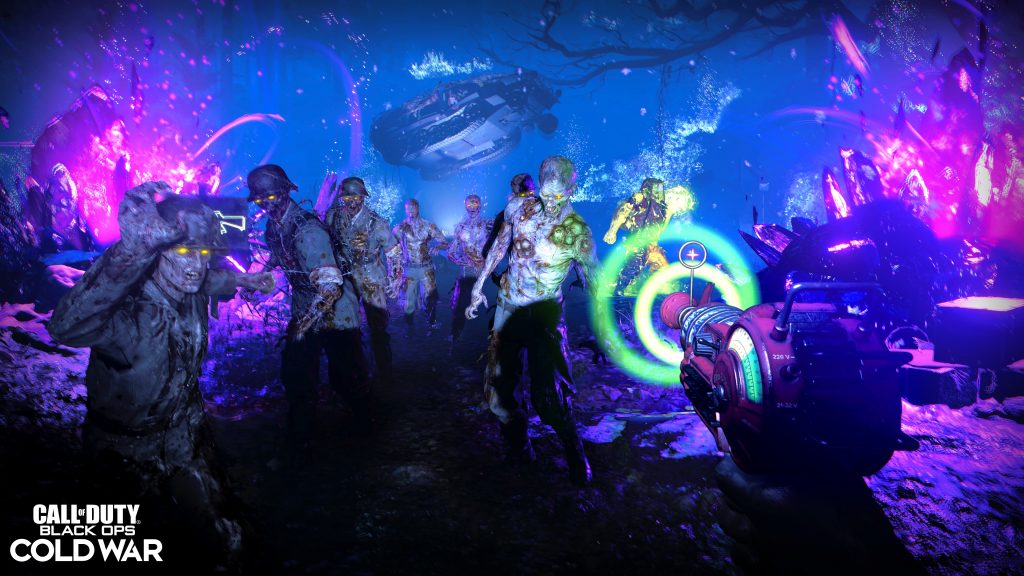 Activision and Treyarch have unveiled the PlayStation-exclusive mode for Call of Duty: Black Ops Cold War in the form of Zombie Onslaught.

Revealing the new mode on the PlayStation Blog, Zombie Onslaught sees you and a buddy team up to take on waves of zombies on the game's multiplayer maps as you power up a Dark Aether Orb. Killing more zoms builds up the Orbs power until it moves to a different area of the map, and while you're in it you won't take damage from said Dark Aether like a kind of safe zone.

However, in each wave of zombies is also the chance to spawn a few Elite enemies—more powerful enemies that'll take more effort to take down. The longer you survive and the more enemies you defeat, the higher you rank and ranks mean prizes that you can use in regular Zombies mode as well as Multiplayer. Treyarch also promise that new maps and rewards will be added each season to the mode, which will be exclusive to the PlayStation 4 and PlayStation 5 versions of the game until at least November 1, 2021.

Check out a trailer for the new mode below. Call of Duty: Black Ops Cold War launches for PlayStation 5, PlayStation 4, Xbox Series S/X, Xbox One and PC on November 13.