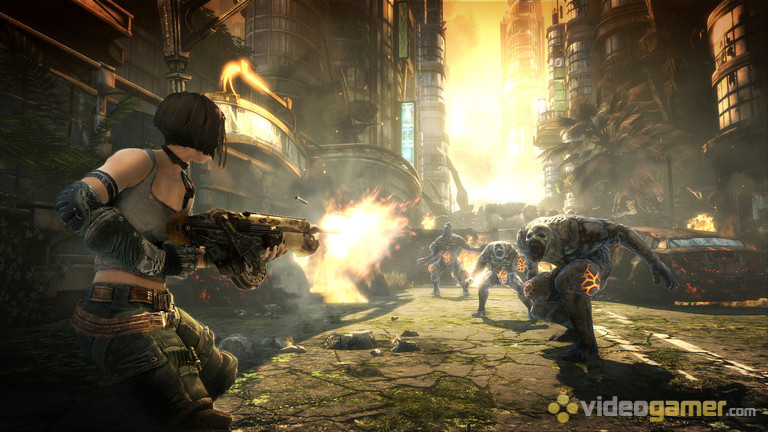 People Can Fly, the studio responsible for brilliantly over-the-top shooter Bulletstorm, has announced it's shifting up a gear on development of its AAA shooter for publisher Square Enix.

To facilitate production of the mystery title, the company has confirmed it has now opened two additional studios; one in Newcastle, UK and another in Poland under the name People Can Fly Rzeszow.

Apparently the UK branch has been alive and kicking since September last year, and features former Ubisoft employees and other veteran industry talent. The Polish outfit meanwhile is comprised of 30 people, many of whom worked on Sniper: Ghost Warrior, and operates in tandem with People Can Fly's Warsaw HQ.

'Since People Can Fly became an independent studio again, our ambition has been to build a team of talented and experienced developers that can develop the best AAA games,' commented Sebastian Wojciechowski, CEO of People Can Fly (via PST).

While the identity of the new shooter has yet to be revealed, the studio now boasts more than 150 developers working on the project.

If you've not yet played Bulletstorm we recommend picking up the Full Clip Edition; the original game was an absolute blast and remains one of the most criminally underrated gems of the last console cycle. It plays even better on PS4 and Xbox One, too.