Brothers in Arms returns in 2012 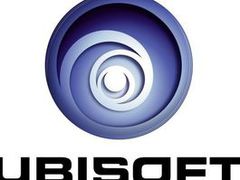 Ubisoft has announced the development of Brothers in Arms Furious 4, coming to Xbox 360, PS3 and PC in the first half of calendar year 2012.

Developed by Gearbox Software, Brothers in Arms Furious 4 promises to “spin” the series in a new direction.

Set in World War II, Brothers in Arms Furious 4 is a “brutal” first-person shooter and will feature a campaign playable by up to four players in co-op, as well as an extensive competitive multiplayer mode.

The story follows four fierce and fearless warriors tracking Adolf Hitler. As one of the Furious 4, players will fight an experimental Nazi army conceived in secret by the Third Reich.

“The Brothers in Arms franchise has been renowned for its gritty direction that has dropped players into the middle of World War II,” said Adam Novickas, US director of marketing at Ubisoft. “With Brothers in Arms Furious 4, Gearbox brings the action to a whole new level filled with unexpected twists and over-the-top battles that are sure to please new players and fans alike.”

For more from Ubisoft head over to the publisher’s E3 2011 conference live report.