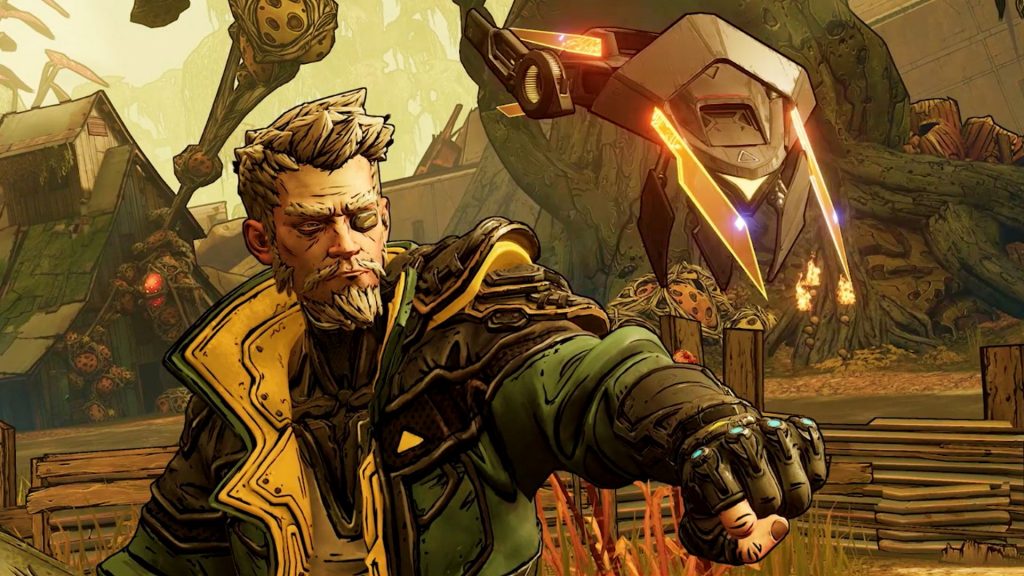 Zane the Operative, one of the new playable Vault Hunters for Borderlands 3, has been introduced in a new character trailer titled ‘Friends Like Zane’ released by Gearbox and 2K Games.

The mercenary-type lists the odd jobs he’s taken up over the years as the video shows off some of his confirmed abilities, like a deployable Barrier to block damage, all the while chatting to the Digi-Clone, a holographic decoy. Though a valuable distraction in combat and a reticent drinking buddy, the Digi-Clone doesn’t carry cash on him, so Zane settles the tab in the traditional Pandoran custom.

Similar trailers for Moze the Gunner, Amara the Siren, and Fl4k the Beastmaster are coming soon.

Borderlands 3 will release on September 13 for PC, PlayStation 4, and Xbox One. Watch Zane’s autobiographical short below.