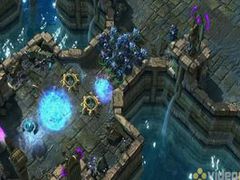 Hot on the heels slamming down the ban hammer on around 5,000 StarCraft II players deemed to have been using unauthorised hacks to alter their game, Blizzard has gone after three programmers responsible for creating and marketing the hacks.

Blizzard has filed suit in the LA US District Court, accusing the programmers of creating, marketing and distributing StarCraft II hacks which violate the end-user license agreement, Battle.net terms of use and copyright law.

The suit claims: “Just days after the release of StarCraft II, Defendants already had developed, marketed, and distributed to the public a variety of hacks and cheats designed to modify (and in fact destroy) the Starcraft II online game experience. In fact, on the very day that Starcraft II was released, representatives of the hacks Web site advised members of the public that ‘our staff is already planning new releases for this game.'”

Blizzard is seeking damages and disgorgement of any profits gained by the distribution and sale of the hacks.

The suit adds: “The harm to Blizzard from Defendants’ conduct is immediate, massive and irreparable. By distributing the Hacks to the public, Defendants cause serious harm to the value of StarCraft II.

“Among other things, Defendants irreparably harm the ability of Blizzard’s legitimate customers (i.e. those who purchase and use unmodified games) to enjoy and participate in the competitive online experience. That, in turn, causes users to grow dissatisfied with the game, lose interest in the game, and communicate that dissatisfaction, thereby resulting in lost sales of the game or ‘add-on’ packs and expansions thereto.”

Blizzard is making it very clear it won’t tolerate people modifying its game and is prepared to do what it takes to prevent such hacks from being distributed to its player base.

However, given the popularity of the hacking scene on PC – especially trainers and such mods designed to enhance games – it’s unclear how the game’s community will react.