Blizzard strips Blitzschung of Grandmasters prize, bans him from Hearthstone due to Hong Kong comments 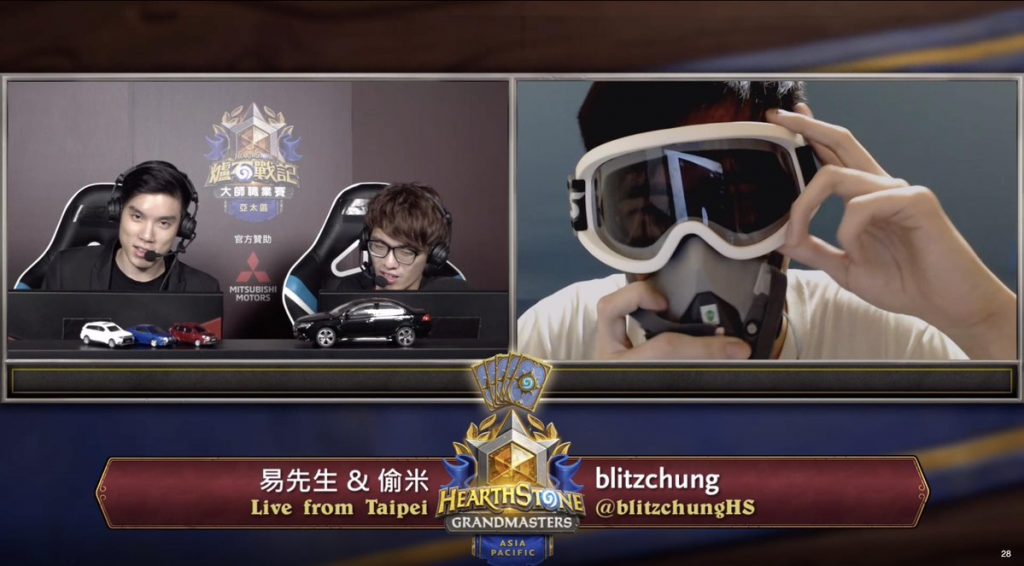 Updated on October 8, 2019 by Imogen Donovan

Blizzard Entertainment has published an official statement regarding the actions of Hearthstone winner Chung ‘Blitzchung’ Ng Wai, and said that he has been removed from Grandmasters, stripped of his prize, and banned from Hearthstone for 12 months.

After his win against South Korean player Jang ‘DawN’ Hyun Jae, Blitzschung appeared on the official Twitch channel of Blizzard Taiwan for a post-match interview. The player was wearing ski goggles and a gas mask, and shouted in Chinese, ‘Liberate Hong Kong, revolution of our age!’ The livestream hosts quickly ducked out of sight and ended the interview with, ‘Ok, ok, that’s enough.’

The production team cut to an advert in response to the outburst, but the community had swiftly recorded the incident and uploaded it to the Hearthstone subreddit. Blizzard Taiwan deleted all VODs of the third day of Grandmasters, but the clip sparked discussion and boosted visibility and awareness of why Hong Kongers are protesting.

Chinese media conglomerate Tencent possesses a five per cent stake in Activision Blizzard and has reacted similarly in the past, for example, it refused to broadcast future Houston Rockets matches after their general manager tweeted, ‘Fight for Freedom, Stand With Hong Kong’. In a statement to Inven Global, Blitzchung said, ‘I put so much effort in that social movement in the past few months, that I sometimes couldn't focus on preparing my Grandmaster match.

‘I know what my action on stream means. It could cause me a lot of trouble, even my personal safety in real life. But I think it's my duty to say something about the issue,’ he explained. Now, Blizzard Entertainment has deemed that his actions were in violation of Grandmasters official competition rules, specifically section 6.1 (o).

This rule read, ‘Engaging in any act that, in Blizzard’s sole discretion, brings you into public disrepute, offends a portion or group of the public, or otherwise damages Blizzard image will result in removal from Grandmasters and reduction of the player’s prize total to $0 USD, in addition to other remedies which may be provided for under the Handbook and Blizzard’s Website Terms.’

The Hearthstone developer closed its comments with the statement, ‘While we stand by one’s right to express individual thoughts and opinions, players and other participants that elect to participate in our esports competitions must abide by the official competition rules.’ In addition to the sanctions in effect against Blitzschung, the two casters have been sacked for their involvement.