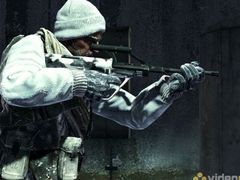 Activision will kick off its UK marketing for Call of Duty: Black Ops with a 60 second ad during England’s opening Euro 2012 qualifier against Bulgaria on Friday.

“We’ve a 60-second ad during the England vs. Bulgaria match, which is our first mainstream communication around Black Ops in the UK. From there it’s going to be non-stop,” Call of Duty general manager for Europe MichaÃ«l Sportouch told MCV.

The TV ad is the start of a campaign Activision hopes will catapult the title to record sales.

“We’ve a fantastic game and a fantastic marketing campaign so our ambition is to set another record like we did with Modern Warfare 2,” said Sportouch.

He added: “The resources invested behind Black Ops in terms of development of the game and the marketing are the highest ever for Activision. Our ambition is not only to be the biggest game but also the biggest entertainment launch of the year.”

The match will be broadcast on ITV1 from 7:30pm. Call of Duty: Black Ops will launch worldwide on November 9, 2010.