BioShock: The Collection rated for PS4, Xbox One, PC & last-gen 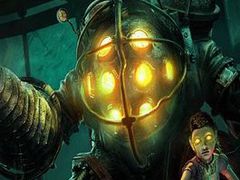 BioShock: The Collection has been rated by the Brazilian classifications board, months after a retail listing for the unannounced game appeared online.

According to the ratings board, the game is currently in development for PS4, Xbox One, Xbox 360, PS3 and PC, although it isn’t yet clear when it is due to release or what it includes. You should probably expect it to contain the original BioShock, BioShock 2 and BioShock Infinite, though, enhanced for current-generation consoles.

A listing for ‘The BioShock Collection’ appeared on South African retailer Raru in September but, like the ratings board, didn’t include any details about what it contains.

At the time, a 2K rep told us that the publisher “doesn’t respond to rumours or speculation”.