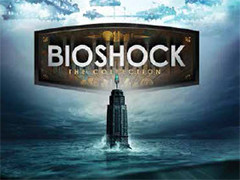 BioShock: The Collection includes all three BioShock games, an ESRB rating has revealed, with the compilation said to be headed to PS4, Xbox One and PC.

While the game has yet to be officially announced by 2K, the American ratings board states that it is “a collection of three first-person shooters in which players assume the role of characters uncovering the mysteries behind the dystopian societies of Rapture and Columbia.”

The collection has long been rumoured to be in the works after appearing on a South African retailer’s website last September. It was later rated in Brazil and Taiwan.

At the time of the initial leak, 2K told VideoGamer.com that it does not respond to rumours and speculation. But with three separate boards now having rated it, a release seems fairly nailed-on.