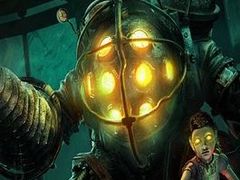 Kotaku reports that Game Informer’s BioShock 2 preview has revealed the game will feature multiplayer, but doesn’t offer any details as to what kind of multiplayer experience it will be.

This could mean we’ll be running around arenas shooting down other players with plasmids or maybe taking part in a match of ‘Daddies vs Sisters’ which would see the lumbering but powerful Big Daddies going up against the speedy Big Sisters. How about a mode in which players race around a level harvesting as many Little Sisters as possible in set time – available in Harvester and Team Harvester varieties.

BioShock 2 is scheduled for release before November 2009, but no platforms have been announced.

Share your ideas for BioShock 2 multiplayer game modes in the comments section below.