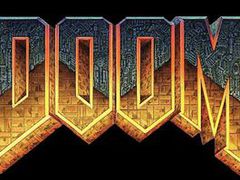 Reports from an anonymous source suggesting Doom 4 has been indefinitely postponed have been labelled “complete boll****” by Bethesda VP of PR and marketing, Pete Hines.

Hines’ Tweet was later followed by a more measured statement on the matter: “Re: DOOM 4 rumour, games are done when they are done and no title under development at id has been postponed – indefinitely or otherwise.”

A source “claiming to be close to the publishers of the recently-launched RAGE”, had told Kotaku that work on Doom 4 has been halted due to poor RAGE review scores and a lack of confidence in id Software management.

Doom 4 is yet to be shown off and is without a release date.

Not that we ever really thought this rumour had any legs, but it’s good to hear that Doom 4 remains on Bethesda’s release slate.