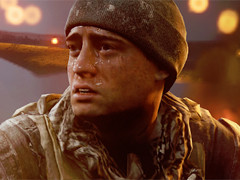 Battlefield 4: Second Assault will be available on Xbox One at launch

Battlefield 4: Second Assault will be available to download on Xbox One on November 22, EA has confirmed to VideoGamer.com.

Though a price for the pack has yet to be confirmed, the date means that Xbox One players will be able to download Second Assault on the same day Battlefield 4 launches on the console.

The expansion pack will be available on other platforms at a later date.

The expansion pack will be debuted during a live USA. vs. Europe competition on November 1.

The full achievement list for Battlefield 4 leaked earlier today, but be aware of huge story spoilers if you want to take a look.