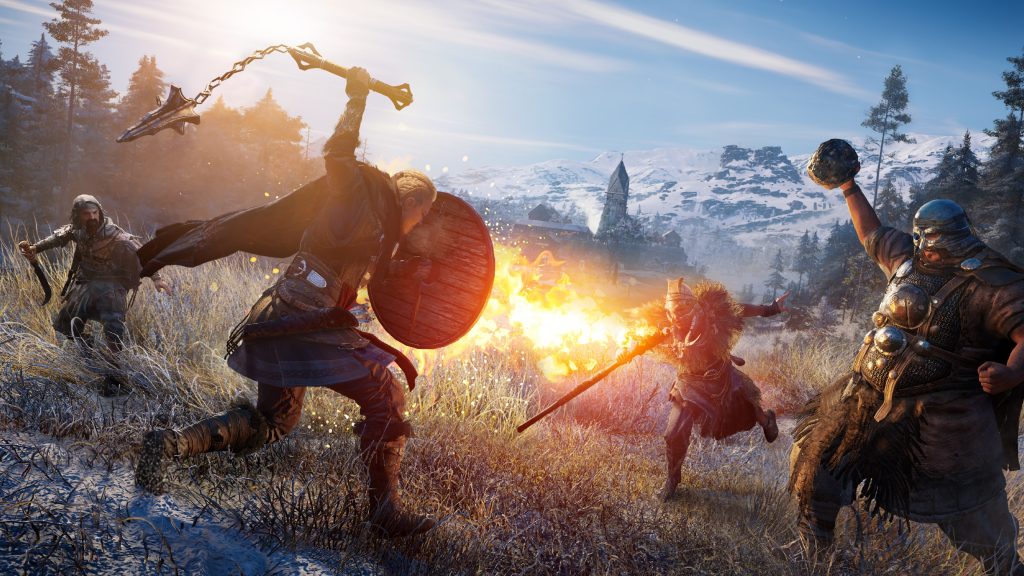 Viking warriors can expect a new patch when launching Assassin's Creed Valhalla today that adds, among other things, the long awaited Transmog feature as well as support for the game's next seasonal event.

The patch—Title Update 1.2.0—will now let Eivor change the appearance of weapons and armour in game within the same category at Gunnar's blacksmith at Ravensthorpe for the cost of 50 silver. Meanwhile, support for the Easter-themed Ostara Festival is also added, which will include new side actvities like egg hunts and special rewards when the event itself kicks off later this week, on March 18.

Elsewhere, three new Skills have been added in the form of Fearless Leaper, Raven's Loot and Loot Food and there's a new Close Camera option that will, as the name suggests, offer a closer camera viewpoint during regular gameplay that zooms out when Eivor engages combat. All this, plus a whole bevvy of minor tweaks and adjustments you can read about in the full patch notes over here.

The patch itself clocks in at around 18GB for Xbox Series X|S, 13GB on Xbox One, 12.3 GB on PlayStation 5, 12.6GB on PS4 and 15.9GB on PC and should be available from around noon UK time today in Assassin's Creed Valhalla on those formats.