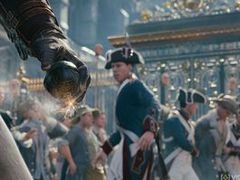 Assassin’s Creed Unity’s Patch 4 will roll out to Xbox One, PS4 and PC next Monday, December 15, Ubisoft has announced.

“We expect that Patch 4 will be released next week on Monday, December 15 across all platforms,” reads an update on the Assassin’s Creed Unity Live Updates blog. “This patch will address issues with stability and performance as well as online matchmaking and connectivity (among other fixes and improvements).”

The post adds that PC gamers running AMD video cards should ensure they are using the latest drivers for “optimal performance before and after the patch”.