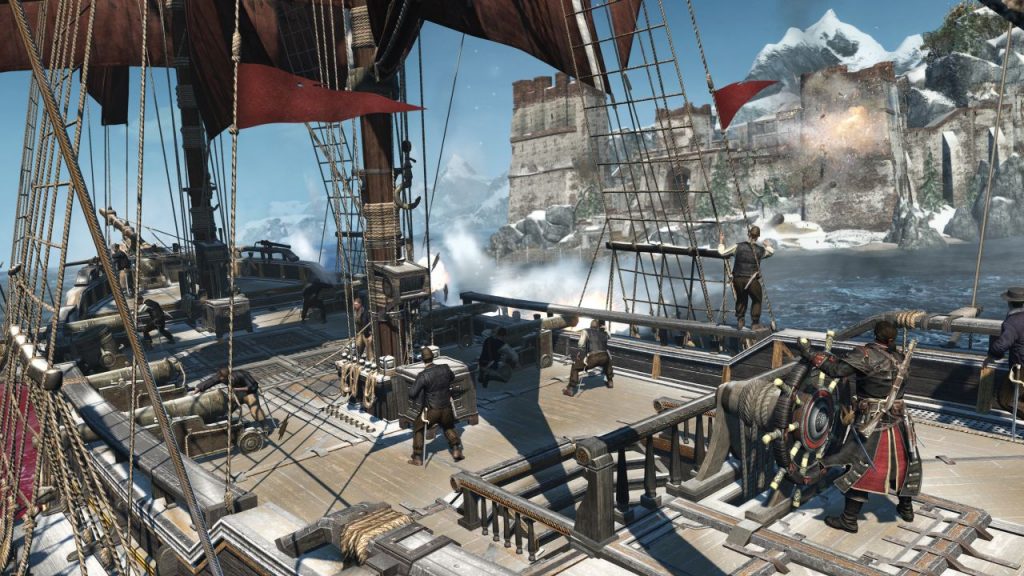 Assassins’s Creed: Rogue Remastered has dropped anchor on PlayStation 4 and Xbox One today, and Ubisoft’s celebrated with a snazzy launch trailer for you tuck into over your morning cuppa.

Originally released in 2014 for PS3 and Xbox 360, Rogue stars Shay Patrick Cormac, who apart from being an Irish fella with three first names decides to turn his back on the Brotherhood and get all chummy with the shady Templars. The game plays a lot like Assassin’s Creed 4: Black Flag, only this time you’re exploring the chilly waters of the North Atlantic during the Seven Years’ War.

Ubisoft has beefed up Rogue with a number of enhancements for its current-generation debut, including remastered visuals, 4K resolution on PS4 Pro and Xbox One X, improved environment rendering, and more.