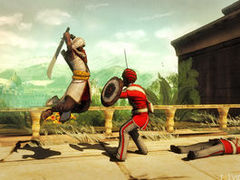 India will roll out first on PS4, Xbox One and PC on January 12, with Russia set to follow in February 9. Both games had previously been due to release this autumn. All three games in the Chronicles trilogy, including Assassin’s Creed Chronicles: China, will also be available on a physical disc from February 9, and on PlayStation Vita on April 5.

Assassin’s Creed Chronicles: China released back in April and introduced a new 2.5D stealth-action spin on the hit series.

All three games have been developed by UK studio Climax Studios in collaboration with Ubisoft Montreal, with each featuring its own assassin, setting and story, all tied together by an overarching narrative.

The first game cost £7.99 so expect each of these to cost roughly the same.