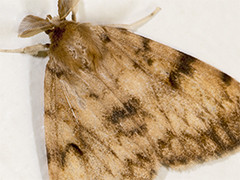 The moths were being carried across the Pacific to the US on the same container ship as some of the game’s Starter Packs, forcing the US Department of Agriculture to step in to prevent the insects from coming ashore.

“The container ship had probably 500 of those railroad cars on them and Infinity was in there, but one of the other containers on the ship contained Asian gypsy moths,” Vignocchi revealed in the latest issue of EDGE.

“They had to take the entire ship and put it back out to sea to do the whole fumigation of it. It was like, ‘Oh goodness, some of our starter packs are going to be late to certain retailers. What are we going to do? It’s Asian gypsy moths? What is an Asian gypsy moth? Do they eat babies?”

The Asian gypsy moth, it turns out, is an “exotic insect pest” native to Russia, China and Japan that is capable of causing “severe physiological stress” and, in some extreme cases, death to trees.

Despite being overrun by moths, though, Disney Infinity 2.0 did manage to make it to retailers on time – although Vignocchi will likely be hoping that Disney Infinity 3.0 manages to steer well clear of any exotic animals when it goes on sale later this year.