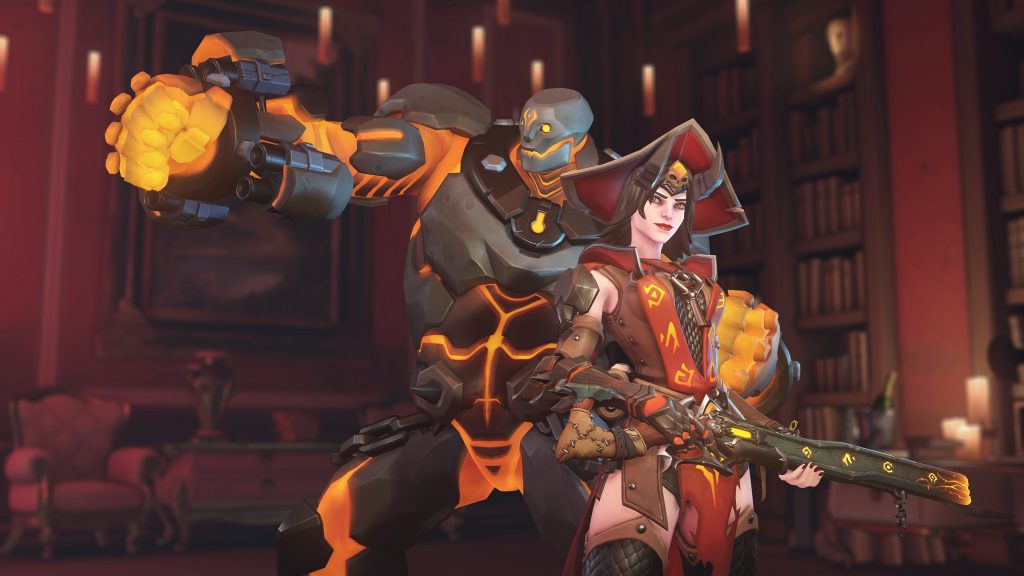 Overwatch players have realised that Ashe’s Halloween skin makes her almost unplayable because the Viper rifle sights are totally changed, as reported by Dexerto.

The Halloween Terror event is one of the most popular and well-loved events in the game, and it kicked off on October 15, one week later than expected. The roster of heroes receive spectacular and spectral skins that are coveted by players, like Scorpion Widowmaker, Will-O-Wisp Tracer, and Pharaoh Ana. And, previous BlizzCon exclusive Demon Hunter Sombra will be unlockable through winning nine games in the weekly mini-challenges.

Ashe’s Legendary Warlock skin is inspired by the Warlock class in World of Warcraft, with Ashe herself donning horns and her outfit and rifle are decorated with sigils from the game.  B.O.B. is the spitting image of an Infernal, and as the creatures ‘exist only to crush, pummel, or crash through whatever obstacles – living or not – lay in their path’, it’s a fitting look for the butler.

This fawning and flattering is all very well in the lobbies, but the skin actually makes it incredibly difficult to play as Ashe in a game. As shown on Reddit by user DanyDidNothingWrong, the Viper rifle sights are defined with a significantly thicker and brighter golden line that follows the shape of an eye. This makes the sights short and squat rather than tall and narrow. This drastically affects Ashe’s effectiveness because aiming down the sights deals more damage to opponents than when she is not.

Players playing as Ashe must be able to aim accurately if they want a decent chance at victory, and it seems that isn’t possible when dressed in the Warlock skin. Changing the crosshair settings doesn’t help, and plenty of players have gone to the Competitive Overwatch subreddit to air their grievances. ‘It is kind of ridiculously obtrusive for no reason,’ one player commented, and another replied, ‘I mean, I think we can all agree it goes with the skin and looks absolutely amazing. However this shit is unplayable.’

It is hoped that the Overwatch team address the discontentment regarding Ashe’s Warlock Viper rifle and adjusts the sights so that players can see what they’re aiming at. For the time being, they’ll just have to choose a slightly less spooky skin for the season.