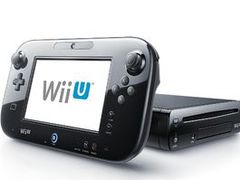 Amazon Germany is the latest retailer to have a go at pinning a release date and price on the Wii U, this time plumping for December 21 and â‚¬399.99.

For now the date and price should be taken as nothing more than guess work, especially given Amazon UK already admitted its July 14 £199 Wii U listing was made in “error”.

If the release date proves accurate Nintendo is severely limiting its potential sales this Christmas, leaving just a three to four day window in which consumers could snaffle a Wii U to place under the tree on December 25.