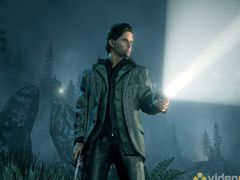 Remedy made the decision to move Alan Wake from an open world game to something more linear because it felt the world simply wasn’t populated enough to be of interest to players, art director Saku Lehtinen has told EDGE magazine.

Speaking about the game’s development, Lehtinen said: “We took the effort of writing the story so it was geographically and chronologically ‘correct’. Even when we knew we were doing a linear game, we wanted to keep that. I’m in great favour of having the feel of a place, the sense that the world continues.

“Rather than the painstaking work of building the world from scratch and trying to make it look like an open world, though, we went the other way. We said ‘Hey, we have a world which is, truth be told, rather empty. So let’s find interesting places that inspire us – good starting points – and then mould it in that direction. If there’s positive stuff that looks genuine and feels right, then let’s leave it there.’ And we narrowed it down until we felt it was enough.”

He added: “We don’t want people to wander about for so long they think nothing’s there. People need to be rewarded for their exploration, so we had to find the middle ground.”

Alan Wake finally appeared on PC earlier this year, whilst a spin-off of sorts, Alan Wake’s American Nightmare made it to Xbox LIVE Arcade.