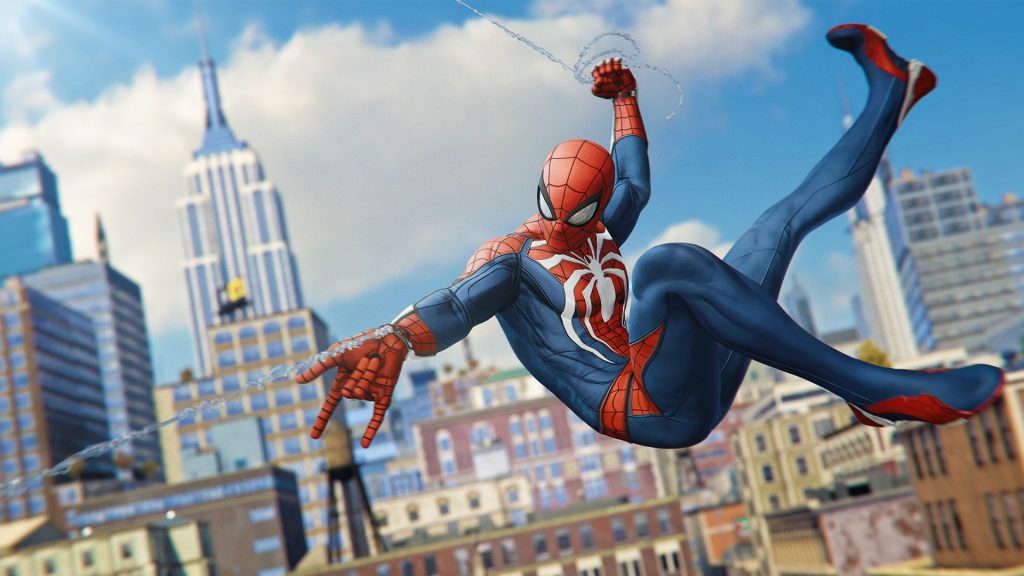 There is a boring answer to the question of why so many people have gained 100% completion of Spider-Man: it isn’t that difficult. A PlayStation Trophies poll scores the difficulty of nabbing the Platinum trophy at three out of ten. Most of the game’s trinkets clutter the web of its campaign, so by the time you reach the end, you’ll only have minor hoovering to do to get the last danglers out the corners.

But the reason so many, myself included, have swing-sore thumbs of late is one of hands-off design. Insomniac does the unthinkable, the thing that terrifies so many developers: it leaves you alone. The map in Spider-Man looks as if a child has snapped the elastic on a candy necklace, scattering sugary distractions every which way. Each colour-coded diversion speaks of a different task: some poisoned fish need help, and, sadly, Aquaman remains trapped in the dungeon of the DC universe; or a building is posing seductively, ready for its closeup. But early on, you’re left to lope at your leisure, and it’s just as well.

This isn’t to say that there is anything wrong with doggedly pursuing collectibles, far from it. The jigsaw passions of trophy hunters are known to me. There is something that inflames my insides when a game tells me I have nine out of ten eggs or emeralds or what have you. The warm feeling of spiritual quietude that washes over me is enough to replace prayer. But Spider-Man’s twanging trick is to evert the formula. No longer are you driven by the insatiable itch of the McGuffin; you are whipped along by the need to, rather like the game’s hero, create uninterrupted strings of glistening dazzlement. The rest tends to fall into your lap. 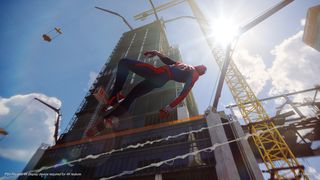 That Spider-Man should be accused of creaky open-world design is fair enough, but it’s the only game that’s needed the baggage. When you can crest twenty towers in ten minutes – making out the distinct sound of Ezio groaning as you fly by him – you’ll need a lot more else besides. The first hour or so of my time with Spider-Man was spent collecting backpacks; imagine if you could pop back to 2007 and tell people that’s what you were doing – and that it was fun.

We should all applaud developers that dole out healthy doses of neglect. By which I mean the art of dropping a mechanic into our lap, like a child’s toy, and letting us bite and bend it until we’ve wrangled its meaning. It is with this cool parenting that Insomniac nudges things our way. They sense our 14-year thirst, since Spider-Man 2, to leap from the nearest ledge and swing sedately around NYC as if Miss Daisy were clinging to our backs. Then, in the way an ambitious mother may borrow from Inception and plant a toy keyboard in a cot, encouraging future mastery, Insomniac subtly slides things into frame.

Consider the Air Tricks, which have you pirouetting and netting points as you plummet earthwards; these hark back to the days of Neversoft, who spun its Tony Hawk series from the same thread as its Spider-Man. The Air tricks aren’t just a test of dexterity, but a way to amass XP, levelling up with each swing. Then, as if to stretch your skills taut, up pops a drone challenge to test how fast you can swing – something you’ll be curious about yourself. It’s this slimline tailoring that goads people toward the glint of platinum; there isn't much there that doesn’t usher you, in some small way, toward completion. 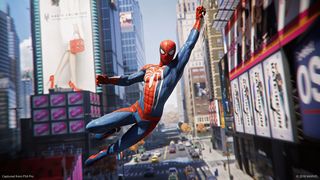 The other reason so many people have wrung every last drop from the game is one outside of Insomniac’s control. Despite the skill with which it designed Spider-Man, the developer was blessed with circumstance. We’ve never had a great Spider-Man game. That Spider-Man 2 is looked on as such a beacon in the murk is lamentable; after all, it shambled with a chassis that felt worn even then, and a city that looked pasted together like papier-mâché. That Insomniac should provide a drink in the desert is one thing, but that it should arrive aerated with such a beautiful playground and so delirious a swinging mechanic is another entirely. It didn’t need to be gold; silver would do nicely; it hasn’t stopped everyone reaching for platinum.