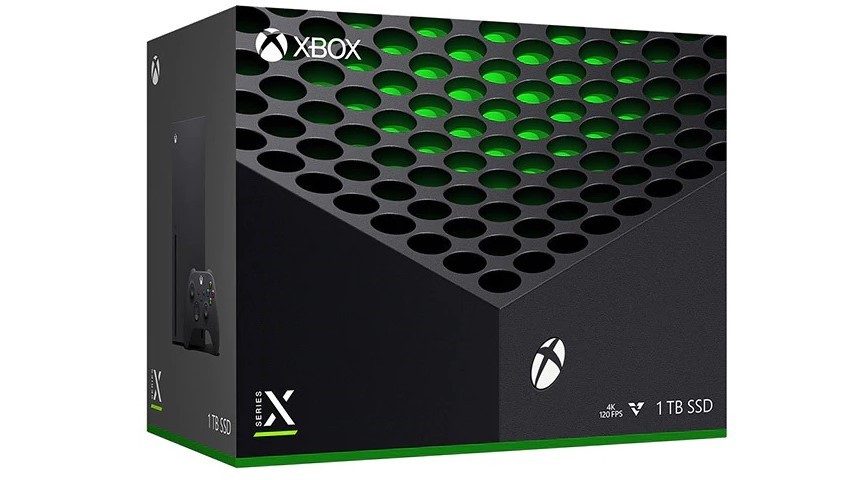 Each month, we invite élite art critic Braithwaite Merriweather to appraise the box art of the latest game releases. Due to an administrative error, Microsoft’s upcoming Xbox Series X console was mistakenly sent to Mr Merriweather, and, devoted as he is to the cause, he reviewed what he was sent. We have to decided to publish his critique, given that, as he argued over the telephone, “it is still a box, and there is still art, therefore there is work to be done.”

(We have paid Mr Merriweather for his contribution, despite not having asked for the work to be done.)

No sooner had I descended the stair and traversed the antechamber of my flat—past the pile of mouldering post neglected by my beastly neighbours—than I had found myself sprawled out over the front step, fallen, with surely a broken foot, certainly some bruised pride, and no question a scuffed and muddied blazer. What obstacle had tripped and felled me? Turning over and gazing up at the culprit, I foresaw another morning of phone calls to the drooling thugs at my local council office; it won’t be the first time that the shaven baboons in the employ of the refuse collections department had thrown my recycling bin vaguely in the direction of my door, laying a near-deadly tripping hazard for any who might hope to leave. But no. It seems that this was something else.

To my bafflement, it was addressed to this venerable website, and thus I assumed it must have been intended for me. Wasting no time, I heaved the thing up into my study, and carefully, butter knife in hand (still slathered with butter, I might add; I often avoid washing dishes in the morning—there’s no better way to drain a day of dreams than by scrubbing cutlery), I levered the cardboard open. To my surprise, it was evidently a new work! Strange to tell, I had already fulfilled my monthly obligation, filing my box art critique on time as usual. This, however, was different: a work, undoubtedly, but not in the usual form. Here was a kind of diorama, possibly a sculpture of some sort. The work, entitled “Xbox Series X,” seemed to be something new, and every new movement requires a brave critic to either chastise or champion it—to see it through to either glory or the gutter. (Besides, given that my ex-wife has redoubled her lawyerly raid on my finances, I certainly shan’t decline surplus remuneration at present.) 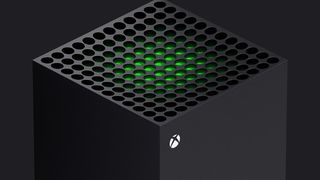 And so to bed. The desk in my study, cluttered and cramped, is no match for this work; whipping back the duvet, I laid it gently on the mattress, thus inviting a greater intimacy between critic and art. The first thing to note is the exterior: an astonishingly ugly façade, one side given over to a typical game box art scene (an armour-sheathed soldier, his back to us, surveying a horizon that curls up to the heavens, next to the phrase “Power Your Dreams”) another side is awash with small print, over a bile-green background, and the last is devoted to a strange cube-shaped objet d’art—presumably a facsimile of the object within. I wonder if the artist behind this work is aiming at corporate pastiche: one side devoted to fine print, another to box art cliché and a banal slogan, and, finally, a photo-accurate representation of the piece held within—not the work itself, but the packaged reproduction of the work. Inwards!

Not since my mother’s second marriage, mere months after the acrimonious collapse of her first, have I witnessed such compartmentalisation. This work, furnished with dark foam, folding strips of card, and secrets (wires, booklets, a plastic remote controller) cached in unlikely nooks, reminds me at once of the boxes of Joseph Cornell. Take, for instance, “Untitled (Celestial Navigation)” (1956-58), Cornell’s masterwork of the dreamt-of and the concealed. Note the drawer, at the bottom of the box, filled with sand, shells, and shiny ball bearings; and the star chart stuck to the back wall, dotted with light and lined for navigation: material enough to power your dreams! (Thank Christ I didn’t do those dishes this morning.) No such treasures or light for the artist behind “Xbox Series X,” merely the dim arrangements of the pragmatic and the po-faced. This work, with its laughably non-committal title, is a satire of the business that scaffolds the art world, which commoditises passion and de-powers the dreams of all involved. 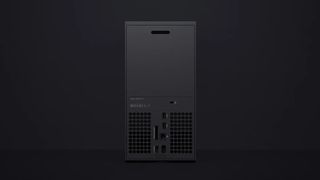 At the heart of this strange little assemblage is a box. A black box. It’s the shape of one of those awful brutalist refrigerators that have cropped up in recent years, which convince those with much money and no taste that, in fact, they are awfully modern and interesting. (I recently caught sight of one being delivered to my ex-wife’s new house, which she shares with her solicitor—I was walking past by chance.) The top of this sculpture is drilled with holes, and lurking within them is a surprising, nasty shade of green, as though the artist had smeared the grill with sour apple bubble gum. The surface of the piece is rough, yielding no patterns or gradients, but as Dr Jøhannes Wolfraüger—my sculpture tutor at the Hildebrand-Rothchild St John-Benson-Brandruthson institute of fine, contemporary, and experimental art—used to say, “The meaning of that without meaning is that onto which meaning is projected.”

Of course, I hadn’t the slightest idea what Wolfraüger had ever meant by that, but it strikes me now that it might be another way of saying: those things without any meaning might come in handy as fuel for your imagination. In other words, a cop out. Or, to put it more enthusiastically, to Power Your Dreams! It just so happens that Wolfraüger—who died recently (and explosively) in a freak welding accident, as part of his Ekstreme Skülptur exhibition—was talking, at the time, about the work of Tony Smith, who I am reminded of now, as I gaze at “Xbox Series X.” It is Smith’s “Black Box” (1962) that I think has inspired the artist behind this new work. (Occasionally, I’ve been told that I can be quite fanciful in the flights and links that I draw between different works, but in this instance I feel fairly confident in the comparison.) There is the subtle mottling of the grain, the sense of hard-wearing durability in the work, and the faint whispers of cynicism that waft around it, inviting you to sneer at the apparently unartistic simplicity of it. 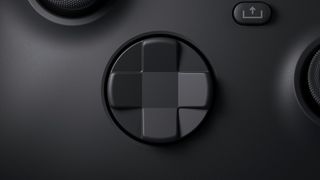 And true enough, it is not beautiful. I will not be leaving this piece out at home—in fact, it is currently in the cupboard, after a brief and failed stint as a plinth for my morning coffee. However, I am a dreamer, and, beyond the visual aspect of “Xbox Series X”—both the block of rich black and the diorama that it came wrapped in—its broader ideas, and the satire (as dark and pointed as the box at its heart) that seethes behind it, leave me stirred. I appreciate the artist behind this work, for calling upon celebrated works of the past, yes, but also for dryly dragging the present box art scene—submerged, as it is, in the shadow of big business—through the mud. After all, as the recent legal proceedings in my own life have proven, those without a jot of imagination or talent will always attempt to suck the power from those who dream. 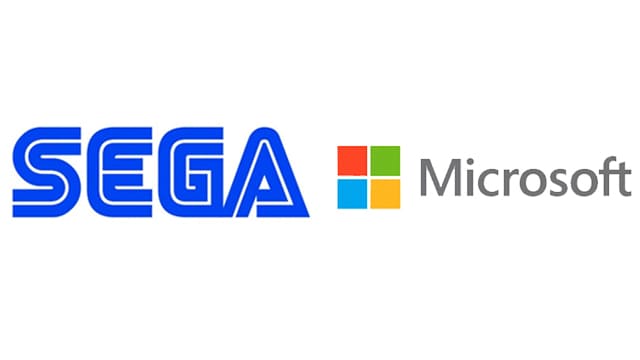