Why Do Developers Keep Getting Aliens Wrong? - VideoGamer.com 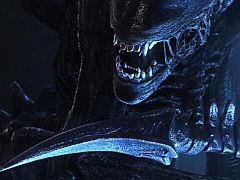 Why Do Developers Keep Getting Aliens Wrong?

By now you’ve no doubt read our review of Aliens: Colonial Marines. TL:DR, it’s not very good, like a lot of Aliens games. But why? Shouldn’t Aliens be the easiest film to make into a game? It codified an entire video gaming language: why can’t we convert the source?

The problem, it seems, is that developers don’t really understand what made the film so appealing. (These days, at least.) Yeah, it’s got a load of guns in it, and cool catchphrases and sound effects. When you think Aliens, you probably think of Hudson’s last stand, or Vasquez shouting ‘lets rock!’, or Hicks shouting ‘eat this!’ Or the power loader. Or the Alien Queen. Or the thing with the knife.

What might not immediately spring to mind is the fact that, for around an hour, the

only shots fired are harsh language. Or that, when the marines finally locate the nest, they get ‘their asses kicked, pal’ and have to bug out, their squad depleted and morale shattered. Or that the message of the movie, beyond the family stuff, is that superior firepower means nothing when you make all the wrong calls.

That’s not our fault: blame James Cameron’s filmmaking skill combined with his pants-tent for anything militaristic. But Aliens’ quiet moments are what gives the dakka its power. After the shit-eating grins and big military tough guy speak proves to be only that in the nest, the marines spend the rest of their time trying to run away. You can’t blame them. Hudson goes over the edge when the dropship crashes: the shot of him picking up the charred wreckage of the kit he was so proudly boasting about/hiding behind sums it all up: these are toys. It’s your mind that’s going to get you out of this.

So why do the games spend all their time trying to upgrade said toys, when the film spends its time stripping them away?

Money. Lovely Call of Duty money. That depressing fact aside, the point is there’s a superb Aliens game to be built out of firing your guns less, not more. Of giving players an environment to traverse or secure and saying if you get this wrong you’re dogmeat, pal. No respawns. If an Alien grabs you, it’s game over. No 1000-bullet ammo drops. Survive with what you have. Make the right call, or suffer the consequences.

Aliens: Infestation, with its finite marines and perma-death, has already done this well, albeit on DS. But just imagine this kind of gameplay on big screen, next-gen. Make it like ZombiU, in a way. When you die, you get the chance to see your previous self, only this time in Alien form, which has taken on your attributes like the Xenos in the films do. By inaction, incompetence or maybe both, you’ve directly contributed to your enemy’s strength. What if your powered-up character gives birth’ to a Queen?

Or maybe have the option to rescue your previous character from the nest to recover precious items? ‘Hey, look at all these cool toys’ is what the film is saying at the start. ‘They’re gone now. Sorry.’ Like the marines, it’s your job to salvage what you can.

What we’re saying is, the point of Aliens is people using their wits, not just their guns. Almost every character in the film has a judgment call to make: Gorman essentially gets his boys killed, Ripley saves the survivors, the previously cowardly Hudson covers an escape attempt, and then Gorman redeems himself saving Vasquez from a fate worse than death. Now imagine if it was up to you to make those choices.

We know that making any game, let alone an Aliens tie-in with years of expectation heaped upon it, is difficult. Various market forces are also in play. But copying the latest big thing and slapping the name on it isn’t going to work, especially when that big thing is the bombast of CoD.

We hate to disagree with James Cameron, but in this instance more isn’t more.