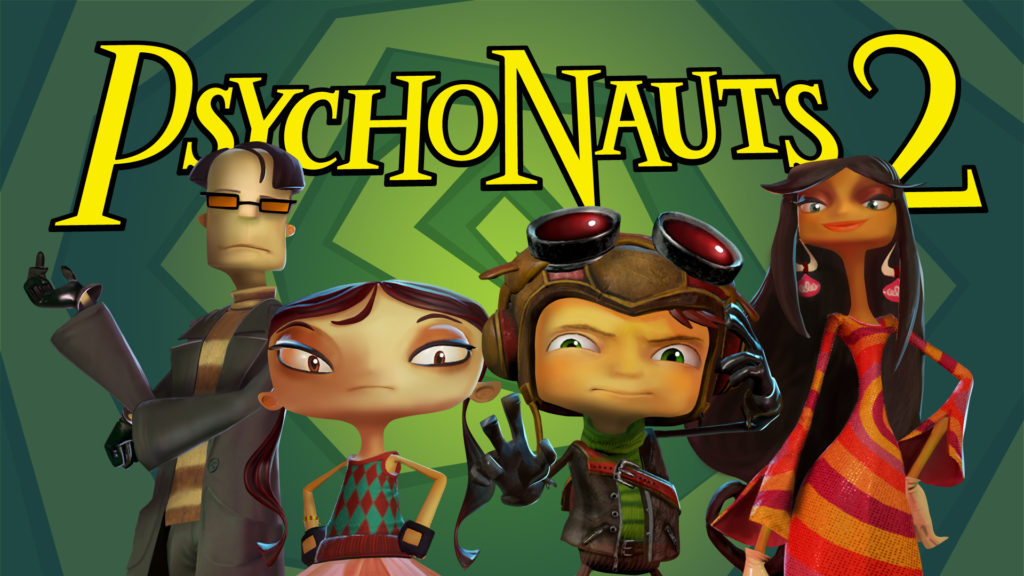 At this time we look, not only backwards at the months and games that have gone, but also forwards, to those yet to come. 2017 was a great year for games, and it looks like 2018 is going to do its utmost to keep up, with a bumper crop of digital entertainment to look forwards to. We’ve picked out a few that are on our radar, and may well be on yours too.

I have waxed lyrical about this game before, because what Dontnod is aiming to do with Vampyr’s interlocking social system is an extremely ambitious but very exciting idea, and could be great if they pull it off. Plus we’re probably at the point in the pop-culture cycle where vampires are cool again after Twilight, so the time is right for a renaissance in the capes and fangs area.

I would also have accepted the answer ‘a new Vampire: The Masquerade game’.

There is a gap in the market for couch co-op that indie devs in particular have started to take notice of. Things like Overcooked, Push Me Pull You, and Mount Your Friends have all been embraced with gusto, and the fantastic Gang Beasts is just hitting console. Laser League is another title that is poised to find a lot of success in this niche, because it’s fun, extremely fast, with the bright team colours making frantic and confusing matches surprisingly easy to follow. The longer a competitive match goes on, the more colourful lasers fill the screen until everyone is yelling and screaming and shoving one another off the sofa, but because each round is quite short it’s easy to dissolve hours into the game. Like opening a tube of pringles and finding Tron inside it.

The Wolf Among Us Season 2

The original series of Telltale’s take on the Fable comics was a perfect blend of bold neon and timeless noir, and it still feels fresh today. The struggles of fairytale characters trying to make it in our world, which is decidedly less glamorous than theirs, were lovely ones to get entangled in – not just the overarching mystery that Bigby Wolf was trying to solve, but the smaller ones, like Belle and the Beast finding married life in the real world quite difficult. People had been clamouring for a second season since the original wrapped up in 2014, so it was a genuine delight when the studio confirmed that one is indeed on the slate for next year, and there are some fantastic story ideas to be mined from the comics still.

I understand the concern some people have for God of War, which is that in a post-The Last of Us world a lot of publishers are dead set on stuff having deeper emotional meaning and so on. In the pre-The Last of Us world God of War was this series where a giant man covered in the ash of his dead family tore the heads off gods and had QTE sex, so a game where he teaches his young son to hunt is quite a radical departure from the original spirit.

My own complaint is that calling your game God of War when there is already an instalment in the franchise called God of War is annoying on a number of levels (I am also unhappy with games like Battlefield 1) . Aside from that I like the idea of the former literal God of War being a single parent living in the world of Norse mythology. It’ll either be 30 hours of Kratos doing frustrated parenting punctuated by the occasional giant and, one assumes, at least one awkward conversation with his son about why his skin is bone white, or 30 hours of headbutting Thor, son adjacent. I’m on board for both possibilities, to be honest, and what with stuff like Hellblade: Senua’s Sacrifice and Thor: Ragnarok, alternative takes on the Norse mythos are, like, so hot right now.

This one was flying pretty low for me until I played the preview build recently, and now I’m really excited for the full release in January. Cyberpunk dystopia meets social manipulation with alcohol meets dialogue puzzles, The Red Strings Club is a lovely wash of pixel art that will ask you direct questions about your morals and then probably call you a hypocrite.

The original Psychonauts, a third-person psychic-themed platformer where you platform through other people’s actual minds, didn’t do well commercially but became an underground cult hit, resulting in Double Fine CEO and games industry royalty Tim Schafer getting many requests over the years to develop a sequel. In 2015, ten years after Psychonauts’ release, Double Fine announced it would be crowdfunding Psychonauts 2 via Fig, that weird one that isn’t Kickstarter where you can make an investment rather than a pledge, or something. A few years later and Double Fine is putting out some great test footage and videos of in-progress levels. The original was colourful, unique and a tremendous amount of fun, and Psychonauts 2 is looking like Psychonauts but more, so what’s not to like oh wait it just got delayed out of 2018.

We here at VG are very excited for Red Dead Redemption 2, prequel to 2010’s smash hit Red Dead Redemption. Rockstar are known for going all out on their games, not releasing one until it’s properly done and their artists have spent 18 months on the texture for a single pot plant – in fact one of the first screenshots released for RDR2 was just a close up on a pair of revolvers because fuck you, look at the detail on them. While there was initially some speculation about this being a straight sequel, it turns out Red Dead 2 focuses on Arthur Morgan and the Van der Linde gang, the group that Red Dead’s protagonist was originally a part of. The industry has matured a lot in 8 years, so it’s going to be interesting to see how Red Dead Redemption 2 turns out, although the early trailers and screens look great. Still, it’s always difficult replicating initial success on a second attempt, which is what Red Dead Redemption 2 definitely is for the Red Dead franchise.

Detroit: Become Human is about androids in service to humans becoming fully conscious and nothing else, and yet it has repeatedly drawn attention by appearing to be about other things in scenes that we are told are divorced from the context of the whole game. I am interested in this game a) because I have enjoyed Quantic Dream games in the past, b) I like complex branching narratives, which this allegedly is, and c) I want to see if it really can be done: can video games’ most French auteur beat the odds and deliver a nuanced and sensitive portrayal of difficult issues like domestic abuse, AI, and politicised violence, all whilst maintaining that the game doesn’t actually have anything to say about those issues?

The announcement of a new Dragon Age game

We basically already know BioWare is working on a fourth Dragon Age game, it just refuses to officially acknowledge the fact, and each year that it continues to not do this ratchets me another notch closer to some kind of meltdown.

Dynasty Warriors is great. The end.