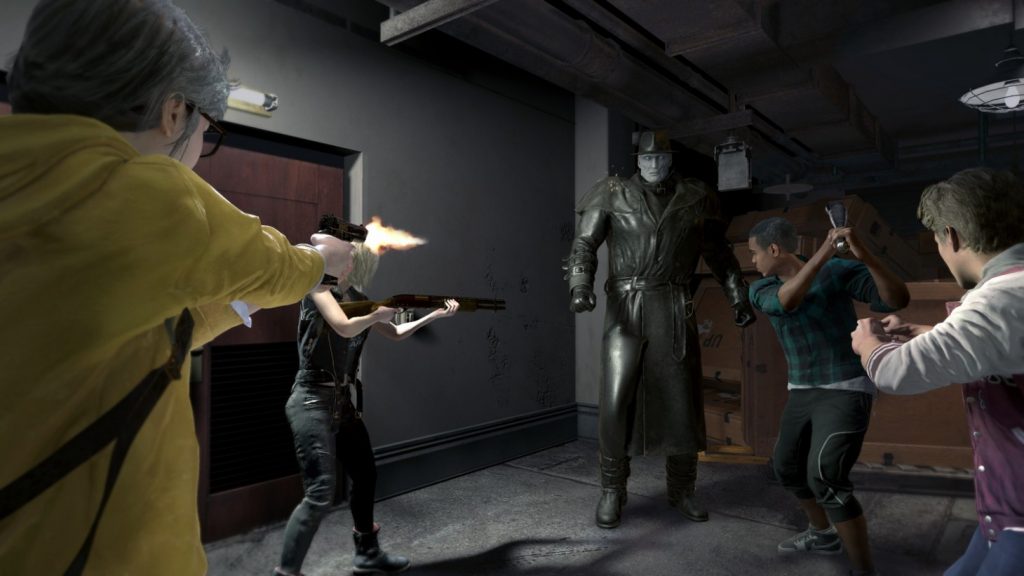 I want to play as Albert Wesker in Project Resistance

One reason to fall for Albert Wesker – and there are many – is his hair. It sticks straight up, and it’s blonde, like barley. What's more is that it looks freshly creamed and combed, as though it was prepared mid-mission. Players of the original Resident Evil can attest, courtesy of the game’s FMV introduction, that that is indeed the case: Wesker skims his hands delicately over the brushed-back tips of his coiffure with more care than he seems to afford the mission at hand. Then there are his sunglasses, which, in adherence to the philosophy laid out by Corey Hart, he wears at night. Though, as players of the Resident Evil remake can attest, courtesy of that game’s CGI introduction, this does not impede his aim, nor his trigger finger: he blasts a zombified hound clean out of the air, rescuing the hero, Chris Redfield.

After that, Wesker was seen only in glimpses – a quick-cut glance at his glasses, as he taps away at a computer, or a closeup of his mouth, as he gives orders out of sight. Which is as it should be. Capcom being Capcom, however – and no other company is as good as Capcom is at that – felt the urge to pile on thick brambles of plot to the point where Wesker was given cat eyes, a coat like the one favoured by Neo, in The Matrix, and the habit of pirouetting through a hail of gunfire like a special forces ballet dancer. This is why it has never truly felt as though Wesker was a playable character, despite appearing in numerous Mercenaries modes. He doesn’t belong in the field; he belongs nestled behind a desk, where those glasses shield him from the glare of a hundred screens. 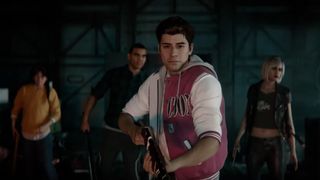 It is for this reason that I find myself in the curious position of being curious about a game – though it shouldn't, strictly speaking, be referred to as a game; as Capcom has told Eurogamer, it might never make it to release – that I wouldn’t normally care a jot about. Project Resistance, the new four-against-one multiplayer game that was unveiled this week, has me intrigued. Not for me the nineties-clad characters who soldier through in letterman jackets, tube tops, and plaid. I’m far more taken with the tactic of hanging back, pulling the levers and cranks behind the scenes. In short, I don’t care about the four; I want to be the one. And the reason I want to be the one is that I miss Albert Wesker. At last, this is the true Wesker experience. Granted, there has been no official word on whether or not this character is, in fact, Wesker, but that won’t stop me from pretending. I may even purchase a pair of sunglasses, the better to relish the role.

The trailer offered brief flashes of this lone figure, and I spotted a pair of oily leather gloves, so there is an outside chance it might be the man himself – the rest was cloaked in shadow or lingering in long shot, just out of focus. More than simple Wesker-fuelled vanity, however, what appeals to me is the notion of being seen to participate in a multiplayer game without actually having to communicate with anyone. In fact, I’ll be actively trying to kill them. Rather than other asynchronous multiplayer games (a term I find amusing, the implication being that the rest of the time I’m in sync with anyone), like Friday the 13th: The Game and Evolve, this one seems to accommodate my desire to do very little while watching other people run around like fools. 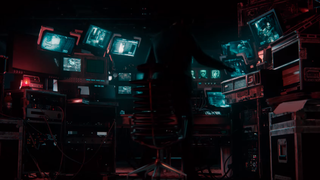 And fools are exactly what they are – they think they're having fun, but I will soon see to it that they aren’t. There is something delectable about the notion of not just being a villain but being the spanner that’s thrown into the works of four people – friends one would presume, but possibly strangers – and ensuring that their chemistry fails miserably. Furthermore, the four survivors are named Tyrone, January, Valerie, Samuel; I’m not sure why, but that makes me dislike them all the more. They are annoying names, and I look forward to destroying them. There is also the matter of being able to take control of Mr. X, the trenchcoated villain of Resident Evil 2, which, while it does involve joining the fray, is done remotely, so I’ll still feel smug and superior. And, in the end, isn’t that what multiplayer games are truly about?