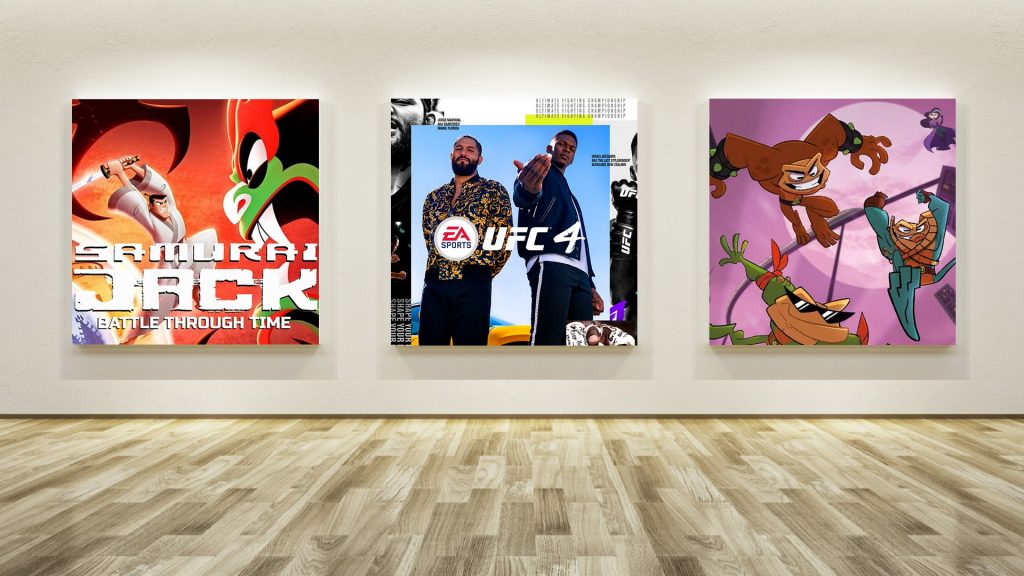 Friends, I write to you from the weary comfort of my armchair—one of the few things I managed to hold onto after the divorce—having spent the afternoon walking. If you’re ever after a measure of the national mien, leave the newspapers and, God knows, the internet (on whose ether wafts nothing worth breathing). Instead, stretch your legs, mask your face, and drag your eyes across that which falls into view. For me, this was the many eyes of others—peeping, as they were, above masks of all hue. Nozzled, papery, patterned, and neatly plain: one must admire the determination, in the general populace, to remain natty in the face of global gloom.

Would that such buoyancy persist in the world of video game box art, weighted and bent, as it is, under the aegis of corporate and commercial strategy. Indeed, the game box artist, if he is to be successful, must—like few others in the art world—have guile and sharp wits, the better to smuggle a work of true merit under the scowling radar of the marketing department. It is this that draws out my respect for the game box artist: the need to scrape one’s talents through the crucible of business and commerce; to tread lightly past the many eyes—sharpened for the slightest sign of dissent—that fill a billion boardrooms; forcing the artist to adapt and produce a work of unbridled nattiness under the most spirit-sagging gloom. Thus, I was in a state of heartened excitement when, returning home, I found myself confronted with this month’s collection of video game box art. Let us dive in! 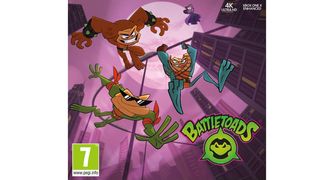 These hopping, tumbling belchers, falling from a bubblegum sky onto an unsuspecting city, remind me of Monet. To judge by the name of the piece, “Battletoads,” they are toads, and thus invite the possibility that they have sprung from one of the many lily pads in Monet’s flower garden, in Giverny. But what of the battle? It may well be one of those wearisome skirmishes fought over artistic turf. These creatures—bloated to cartoon proportion, accessorised with sunglasses, belts, studded bracelets, and grins bearing a single white brick of teeth—seem like punk-flavoured upstarts: the sort to come in and wreck a perfectly good art scene with naive notions of upheaval, corporate uprooting, and rebellion, while forgetting to produce any work worth talking about.

It is entirely possible that the artist behind this work may have glanced at “Water-Lilies, Reflection of a Weeping Willow” (1916–19), with its suggestions of wind-rustled lavender; or “Nymphéas” (1915), with its odd, downward-surging stillness, and its stately mauve, and said, “Well, I can take this and launch it, kicking and screaming (or possibly just sighing), into the 21st Century!” Thus we are treated to the spectacle of jacked-up colours, concrete, and toads that have been plucked from the peace of Monet’s lilies (he left the beasts unpainted, if indeed there were such brutes in his garden, preferring to depict beauty instead), and lurched forwards in time—though not quite our time; these sorry croakers appear to have been shaped and shat on by the nineties. As, indeed, was the Tate. 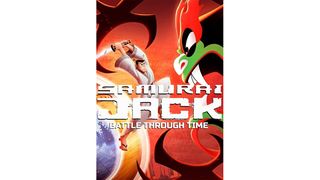 A similar battle through time is waged in “Samurai Jack: Battle Through Time.” This one, however, seems to have been carried out in earnest. Take a look at this white-swathed figure, poised between the claws of his foe, ready to strike. He reminds me of me, taking arms against a sea of troubling mediocrity in the video game box art world—his sword gripped fast with the same righteous fury as that with which I grip my pen. (Not in a literal sense, of course; I remain loyal to my Vintage Nakajima AX-65 Electric Typewriter, with LCD Display.) The artist behind this work is clearly confronting the thirteenth-century painter Chen Rong, whose defining work was “Nine Dragons” (c. 1244), with a view to banishing the old masters while making way for the new. Witness the writhing dragon, black and blood-red, baring its fangs, ready to chomp down with the weight of history on this young challenger. Who will win? It matters not. The battle goes on. 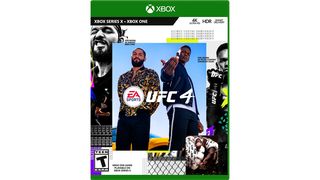 It isn’t often that all three pieces of a given month’s crop will yield a running theme. If I didn’t know better, I would say that a small movement may be in its first, fizzling stages. This last work, entitled “EA Sports UFC 4,” has a peculiar power over me: difficult to explain, in large part unpleasant, and wholly unoriginal. Not unlike my ex-wife. It has the feel of assemblage: crowded with clippings and odd printed words, as if pasted together from last season’s sports magazines. Whoever these two individuals are at the heart of the work (one swirled in a gilt-moulded shirt, like the gaudy ceiling of a Las Vegas hotspot; the other in a trim blue tracksuit, beckoning us with one hand while warding us off with a defiant frown), one is left with the impression that they have arrived in our time in a spirit of confrontation, like human versions of those toads, ready for battle.

Look at the close-ups of cloth-wrapped knuckles, scrawled with lettering; of a chain-link fence (to prevent trespassing, we might wonder, or for the trapping of a monster?); of a snarling face, drained of colour; and a custard-yellow sports car, lurking quietly at the back. One gets the impression—as one does when observing the clothes of visitors to the Courtauld—of people in an argument with time. Each squabbling element of this work could have been torn from a million game boxes of the past, all elbowing for attention, yet they fuse in a cacophony of unstyle. I am reminded of the chaotic “combines” of Robert Rauschenberg, in particular of “Bazaar” (1984) and “Street Sounds” (1992): works that swarm with restless energy, itchy with big ideas but alive to the small, everyday unfoldings of the street. (A perfect description of me, when I unleash one of my semi-legendary pop-up pavement exhibitions.) The artist behind “EA Sports UFC 4” is clearly hoping to rouse his inner Rauschenberg, but, in doing so, he has laid bare the true nature of the video game box art scene: an ultimate fighting championship, indeed. 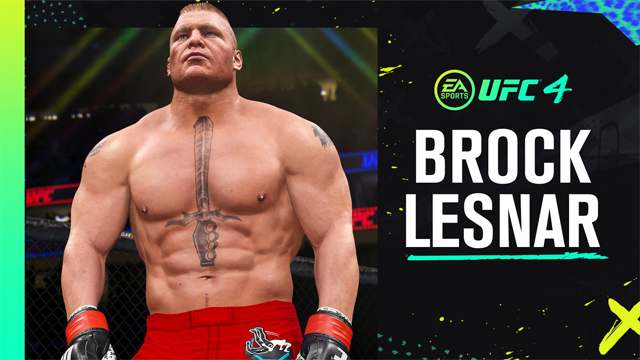 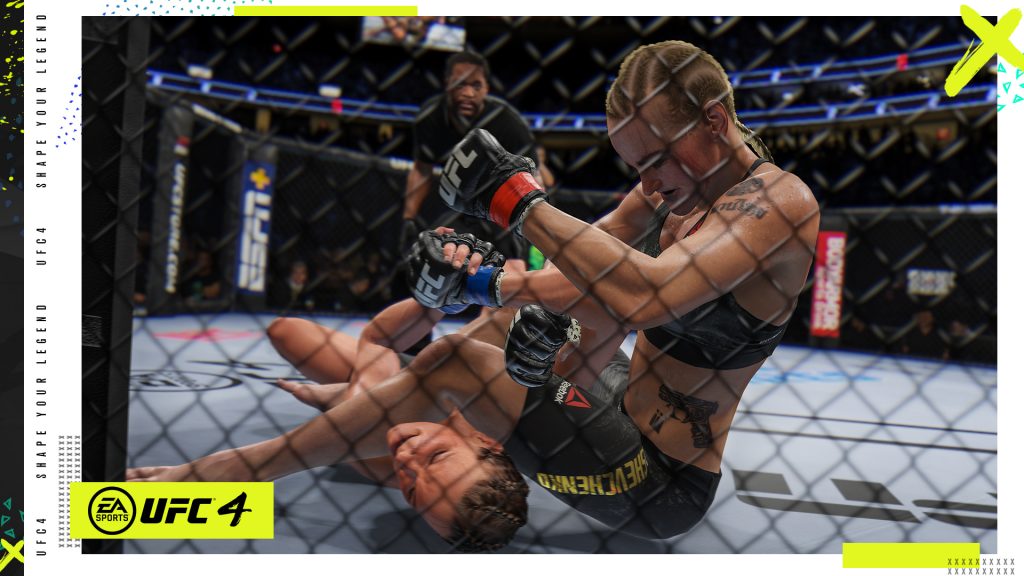 EA Sports UFC 4 set to be revealed this weekend