Does GAIMIN really let you earn money while gaming on your PC? 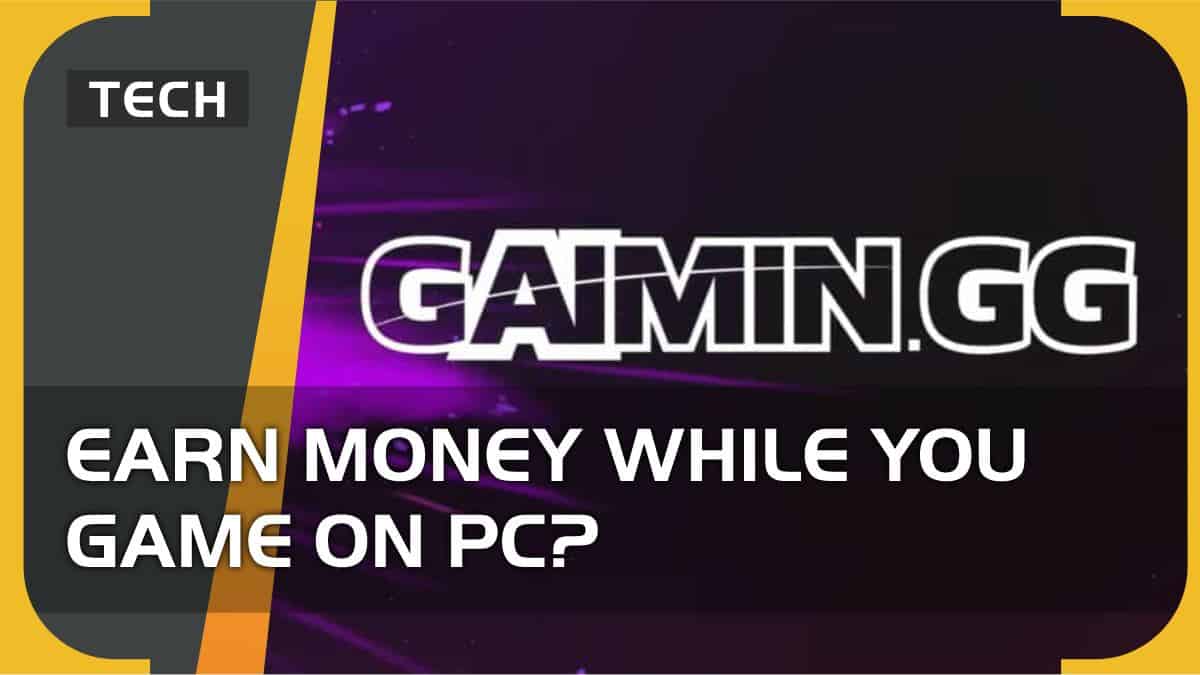 Updated on November 23, 2022 by VideoGamer.com Staff

Contents hide
What is GAIMIN?
What is a decentralised network?
What does GAIMIN do?
Do gamers use GAIMIN?
How to set-up GAIMIN?
What can I do with GMRX?
GAIMIN Social links:

GAIMIN is a new platform designed to give gamers the ability to monetise their computer’s data processing power whilst they game. The platform is heading in the direction of also affording developers the opportunity to introduce decentralised functionality into their games – though consumers might be wondering what this is exactly, why do we need it, and in particular, why is GAIMIN interested in harnessing it?

As stated on their website: “GAIMIN is a base layer for game developers to build NFTs, blockchain functionality, and white-label gaming tokens into their games, gaming platforms, and metaverse.”

GAIMIN’s white-paper states that the company’s goal is to capitalise on the lack of data processing power that we’re currently experiencing. We’ve already seen the effects of this shortage as gamers are still suffering the consequences of Ethereum mining on depleting GPU stock levels. The demand for crypto-currency mining was too high for the data processing power we had at the time – though GAIMIN seeks to offer a solution to this.

GAIMIN’s platform looks to allow gamers, both with budget friendly systems and fully maxed out rigs, to offer their computer’s processing capabilities as part of a huge decentralised network. In return for the passive use of their PC, they will be financially rewarded in the form of GMRX – GAIMIN’s own token.

What is a decentralised network?

Decentralised computing is a tricky thing to wrap your head around. To many, it’s just another of those crypto buzzwords that sets off alarms in your head when you hear it. If we’re going to understand GAIMIN, understanding decentralisation seems a logical first step.

As demand increases for processing power – decentralised networks can allocate a higher workload to nodes on the network, and the converse is also possible if demand depletes.

GAIMIN has identified the network of online gamers as the largest untapped decentralised network – and their platform looks to capitalise on this opportunity.

What does GAIMIN do?

GAIMIN taps into the processing power of GPUs already in use – and gamers are the perfect vehicle for this. While crypto-currency mining might soon become a thing of the past as decentralised computing shifts from a proof of work paradigm to proof of stake – GAIMIN looks to balance a middle ground between creating a data processing network capable of delivering a number of distributed data process services, such as video rendering and crypto-currency mining. No longer will there be clusters of dedicated data processing rigs holding up a decentralised proof of work network but instead a truly decentralised network spread across millions of nodes – gamers.

Many gamers might be faced with certain reservations regarding the capabilities of their computer’s processing power. GAIMIN seeks to democratise this through their performance / monetisation slider. Gamers playing Minecraft, for example, might be more inclined to lean on the side of monetisation, whereas someone enjoying graphically intensive games might err on the side of performance.

This gives users the option to truly monetise their gaming experience – pushing the idea that while you play-to-win, you can both play-to-earn and earn-to-win.

So, while you’re gaming away and your GPU is harnessing your computer to generate you financial rewards, you would be right in thinking what exactly are you going to earn?

GAIMIN’s own token – GMRX – is a deflationary token – meaning that unclaimed tokens are periodically ‘deleted’ from the blockchain, meaning that the owned tokens inherently increase in value as the overall demand for tokens has increased as a result of decreasing availability. However, the GMRX token isn’t the token you are generating. Instead, GAIMIN uses AI to determine the most profitable data processing service. Your PC is used to power blockchain computations and you’re then rewarded with the equivalent value converted to other stable and valuable coins. After that, if you want to withdraw the monetary value of those coins, you’re then rewarded with GMRX – which can be sold on exchanges. Bear in mind that the token is yet to be listed on an exchange.

Do gamers use GAIMIN?

GAIMIN is in the process of accruing a huge audience through brand exposure. The biggest source of this is through their various e-sports teams covering Rocket League, Rainbow 6 Siege, APEX Legends, DOTA 2, and CS:GO.

At the moment, gamers will be limited to playing Fortnite, APEX Legends, GTA V, and GAIMCRAFT – a version of Minecraft which supports NFT and blockchain applications. Essentially, it turns your diamond chestplate into an NFT and your Minecraft world and land essentially becomes tied down to NFT authenticity. An example of this might be on a public server where you could trade land uniquely identified by NFTs.

How to set-up GAIMIN?

The first thing you’ll need to do to set-up GAIMIN is head on over to their website and tick through all of the term and conditions boxes. There’s quite a few, and against the common behaviour, we do actually recommend reading through these carefully.

After that, you’re going to be able to download the software to your computer. You’ll need to sign up for an account, however this is fairly straightforward.

In its current state – GAIMIN only allows you to use GPU Monetisation. This is an option enabled in a slider button on the software and the newly developed optimisation slider allows you to choose between performance / monetisation, so that you can experience the smoothest gaming experience whilst also monetising your time.

What can I do with GMRX?

GMRX can be used on the marketplace to purchase various in-game add-ons. For example, you might purchase Fortnite V-Bucks with your GMRX. Aside from that, you can also access in-game assets such as armor, weapons, and other gaming related tools. Rather than you just having access to them in game, they’re also essentially NFTs, so their individualism and ownership sets them apart from other identical items.