ChatGPT cost – do you have to pay? 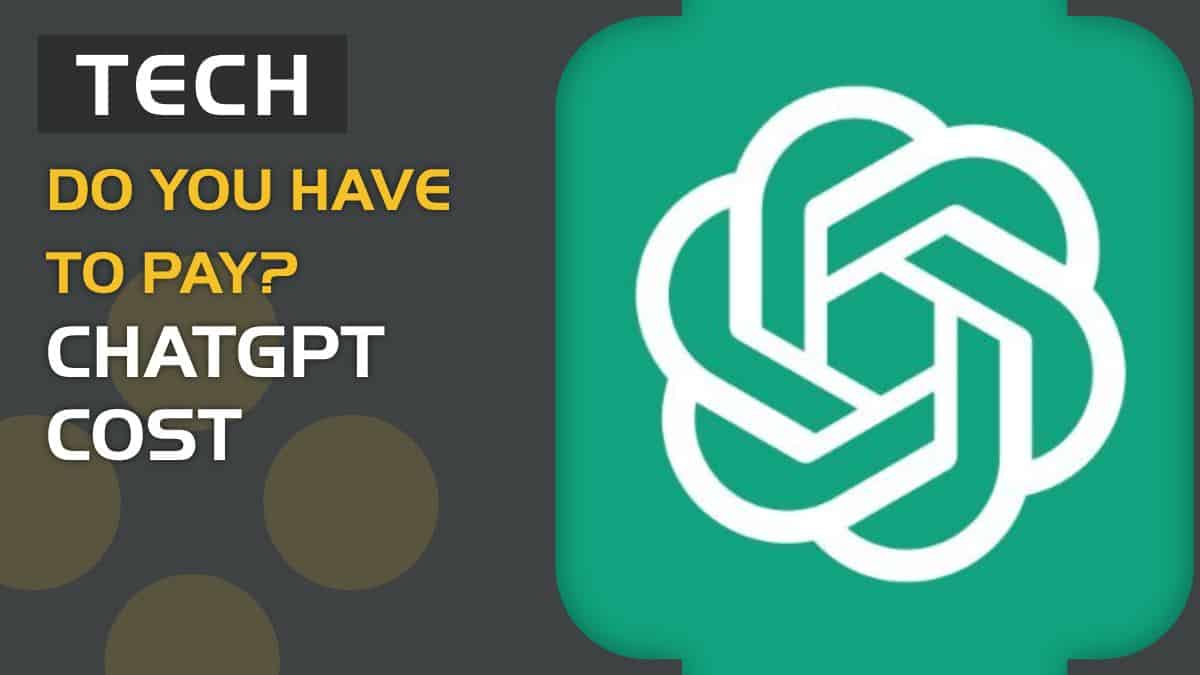 If you’re wondering how much ChatGPT costs – we’ve answered all the relevant questions here.

ChatGPT is an arm of OpenAI, the company also responsible for DALL-E and Whisper. It’s software which uses artificial intelligence and machine learning to interact conversationally. You can enter text to the software – much like you would send a text to a friend – and the software then responds with an appropriate response.

While ChatGPT is free-to-try at the moment – there’s a few limitations. You can head on over to the ChatGPT model, though you could be met with a ‘ChatGPT is at capacity right now’ message. As the software requires a network of machines to function – it costs considerably to run. So, while it’s free, can we expect it to say free forever?

How much does ChatGPT Professional cost?

As seen with DALL-E and Whisper, there’s professional plans available that give you token based access to the services. While this hasn’t yet been fully implemented on ChatGPT, it’s possible for it to be monetised at some point. In fact, as reported by The Verge, some users have taken part in a $42/month pro pricing package on the site.

ChatGPT Professional was a temporary ‘trial’ designed to evaluate how users responded to a professional version of the service, though it wasn’t rolled out site-wide.

While this wasn’t an official trial announced by OpenAI, people who took part were regularly documenting the professional package and all that it entails.

The above tweet contains a video of a user engaging with the paid service, and it displays how much it could cost: $42/month. While it’s entirely possible that this video was faked, it seems to be corroborated by other reports.

So, with this in mind, ChatGPT is free at the time of writing, though we might be seeing a paid plan introduced in the future costing $42/month.d

Should you pay the ChatGPT Professional cost?

Eventually, if they do end up deploying the Professional package, and you’re wondering if you should pay for it, you might want to consider these benefits:

As mentioned earlier, you might end up encountering an error message stating that ChatGPT is at capacity right now. If the ChatGPT Professional package is properly deployed on the service, it will allow users to bypass this wall.

Similarly, anyone paying for the Pro package will experience faster response times for the service.

Another feature included in the Pro package is access to the latest features before they’re fully deployed. This is useful for anyone looking to gain the advantage over others likely to pile on to the trend.

Do you have to pay for ChatGPT?

At the moment, you don’t have to pay for ChatGPT. However, while it’s free, there’s still a few caveats. You aren’t given limitless access to the service, and there’s going to be some limits to how fast it runs.

However, the recent unofficial ‘trial’ of the Pro package seems as though it could be rolled out at some point in the future, and included is increased availability, faster response times, and priority access.

If you’re happy to be paying $42/month for this, check back in with us in the near future and we’ll update you as soon as we can if the package is rolled out.