What Remains of Edith Finch Review 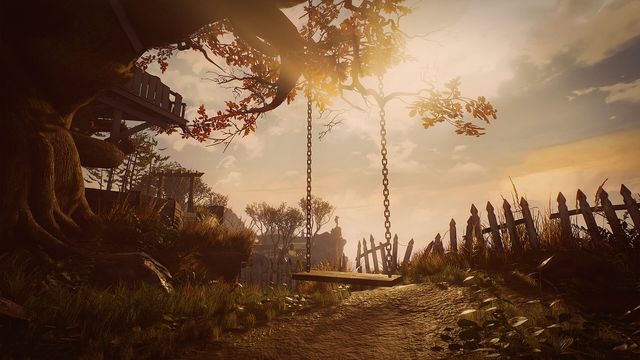 Most families have untold stories that are kept secret from younger members. It’s understandable, because certain memories can cripple the innocence of those whose main worry is whether or not George and Peppa can convince Daddy Pig to serve ice-cream for dinner. Like a heartbreaking Waltons, generations of Finches lived and died together in their spacious home, with their rooms being boarded up in memoriam after their passing. However, Edith Finch is now at the age where she’s ready to learn about the curse which caused the untimely felling of her family tree. Thankfully for the titular character, the place where she grew up has a number of secret passages, giving her answers to questions she’s had since youth.

By pulling hidden levers and crawling through small spaces, 17-year-old Edith Finch uncovers the sorrowful tales of dead relatives that are preserved in photographs, journals, and letters found in their rooms. Interacting with these trinkets can reveal playable events leading to their death, or something a bit more vague involving fantastical elements. Each harrowing tale has its own feel — some are even beautiful in a really sad way. Developer Giant Sparrow’s depiction of something so horrible can, at times, be especially moving when played out in a more light-hearted way, like baby Gregory’s orchestral bathtime.

On-screen text ushers you through the Finch mansion, leading you to the next unique story. Some are shorter and less interactive than others, but all are equally compelling. Searching former child star Barbara’s room reveals an interactive comic that has a hokey Goosebumps feel, while Molly’s shape-shifting dream-like sequence goes to unpredictable places because of the imagination she possesses. What Remains of Edith Finch expertly plays with established genre conventions, drastically switching from first-person walkabout to isometric sailing. The goal of each tale is to effectively tell you how each Finch met their demise, and most do that superbly. There are, however, a select few which lean into the obtuse and as a result, don’t provide the finality others do. 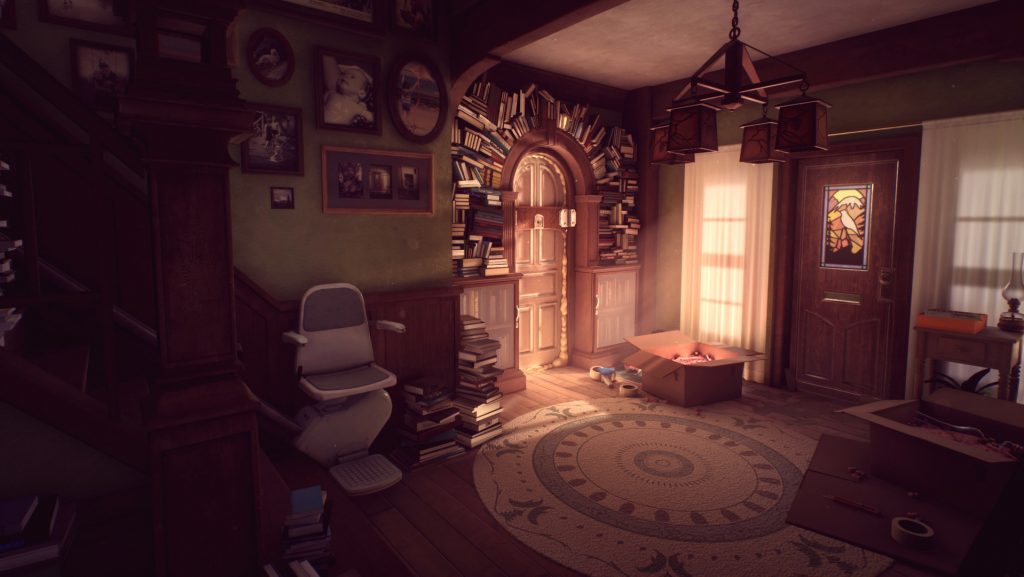 Flipping from macabre to joyful is no mean feat, but WROEF is an example of how to marry the two with aplomb. What is a haunting house at first transforms into a welcoming place where painful stories are there to be told, and heard. Visual cues are obvious enough to lead you down the right path and toward the next tear-jerker, or heart-warmer. Dialogue between characters in flashbacks feels unnervingly real because you know their story will end. As well as that, Edith’s willingness to discover is masterfully portrayed, alongside her trepidation, by actress Valerie Rose Lohman. As ludicrous as the architecture is — and I sincerely doubt that the council would grant them planning permission for it in the first place — the Finch home is believable.

The hidden walkways and concealed buttons that open up said walkways are offset by the fact that, when you enter the house via the backdoor, there are wheelie bins outside — one green, one blue. Walk up the staircase and you’ll see reams of picture frames capturing moments in Finch family history. Check the countertop in the kitchen and you’ll find a menu for the local takeaway. Inspect every inch of this brilliantly realised palatial estate and you’ll get a better sense of who this fascinating family was. Making this peculiar maze a relatable family home is a real achievement.

To say anymore would spoil what is one of this year’s, and the genre’s, greatest triumphs. I’m deliberately aiming to be a bit ambiguous, purely because this is something you should experience for yourself. What Remains of Edith Finch is a short, meaningful affair that will make you gasp in horror, and smile shortly afterwards. It doesn’t pose much of a challenge, or look to test the player’s hand-eye coordination, but it does play with your emotions. From the opening shot Edith, and you, are invited to learn all about the many ways in which members of the Finch family have passed on, and you’re kept guessing right up until the last chapter. While Giant Sparrow has crafted a game around death, the lasting memory is one about how precious life is.

First-person, narrative-driven games generally follow a pattern. What Remains of Edith Finch plays with those established conventions to create a beautiful story that breaks your heart, while making you smile just as much. A triumph in the genre.
9 Plays with your emotions better than most Compelling story with terrific acting Excellently tinkers with genre conventions

What Remains of Edith Finch

What Remains of Edith Finch