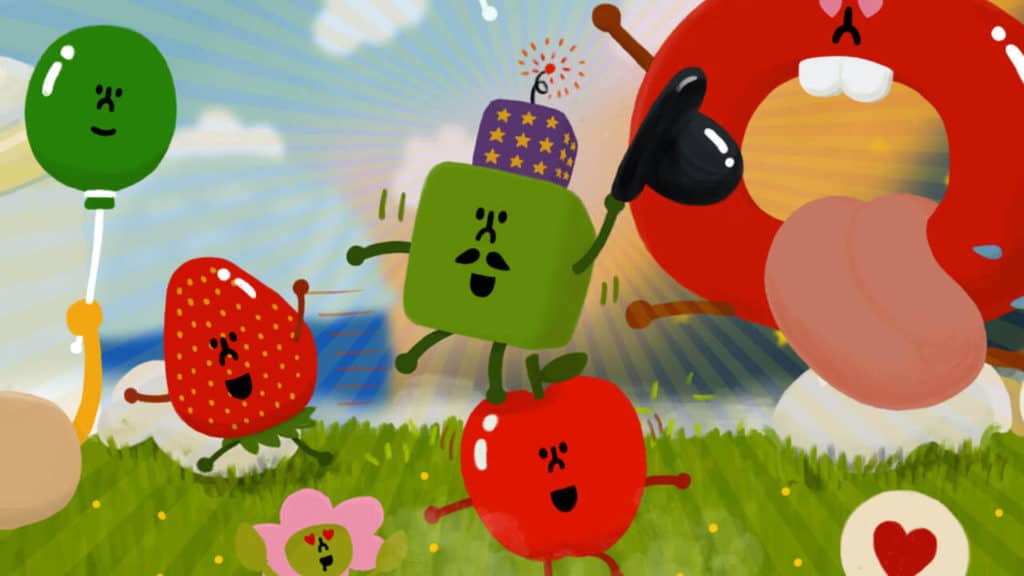 Keita Takahashi, the designer of Wattam, is a fetishist of clutter—of telephones, toilets, cameras, fans, books, bottlecaps, and even food. He is best known as the creator of Katamari Damacy, which came out on the PlayStation 2, in 2004, and which tasked you with rolling a jumble of objects into a momentous ball, leaving the world bare. With Wattam, Takahashi wants his stuff back. Starting on a vacant plain, your job is to bring the debris of life back into the world. “I think I successfully expressed my cynical stance towards the consumption society by making Katamari.” Said Takahashi, speaking at the Game Developers Conference, in 2009, before adding, “But still I felt empty when the objects were gone.”

You start Wattam as a green cube in a bowler hat, under which lurks a bomb that you can activate at any time. Far from harbouring any dark designs, the cube in question, who is called Mayor, uses his bomb—which looks like a present, wrapped in purple paper—to spread explosive joy to his comrades, all of whom have the same black, pen-squiggled faces. One by one, you welcome them into the world: a rock, an acorn, a mouth with a lolling tongue. How you conjure them, and thus how you progress, is never consistent; for Takahashi, things like internal logic and formula are the buckles and straps of a straitjacket, to be slipped in favour of purified fun. It’s the sort of free-spirited, sprightly ethos that flounders in the gulf between paper and practice. Ironically, the result feels constrained, and we wind up following directions. 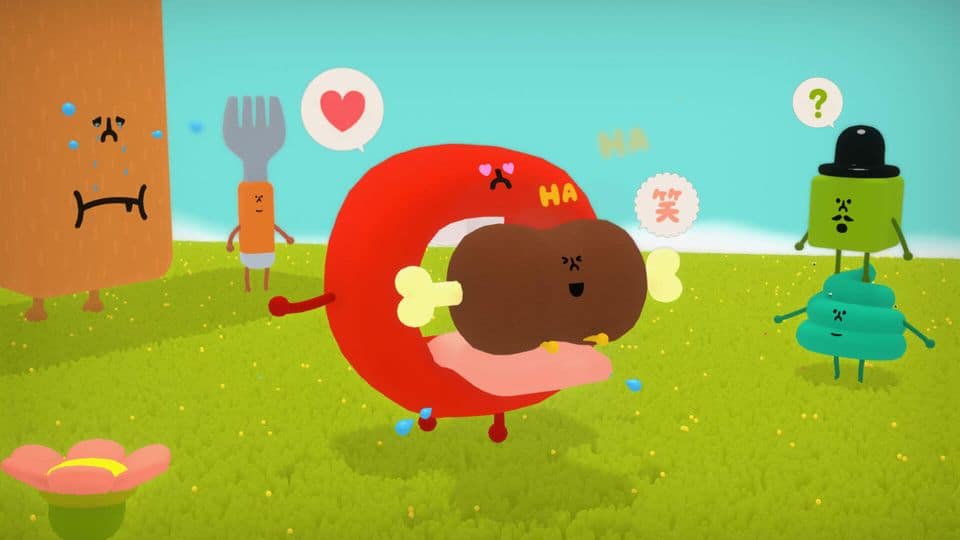 A piece of sushi, say, might lament the lack of its crowning fish roe, who have run off to frolic; or a toilet may express (via pictures that bloom in bubbles of thought) the desire to eat a clump of food and, with a transforming flush, expel it as a colourful swirl of excrement. By following the abstract steps, you gain more allies, and I have to admit, early on, I felt pleasantly mislaid; the world is picture-book bright, made up of flat panels that drift, through a sea of fog, between glass boxes, each themed on one of the four seasons. Takahashi has a rare knack for rhythm, and his talent for game design springs from an understanding that chaos can be coaxed into an odd kind of order. If only he would embrace that order to begin with, rather than wrangle it from the disarray; truly liberating play has to be forged with precision, of which there is a distinct shortage in Wattam.

You view the action from on high; the camera, which is controlled—or rather wrestled—with the shoulder buttons, is prone to jerking the wrong way, as if craning to gaze back to the PS2 period, or beyond, where such issues were more commonplace. Hopping between the various creatures in your collection is done with the right stick, which seems wrong, causing bouts of fiddly frustration as you flick to the wrong critters. There are moments in which these technical blights stir together in a sort of messy magic. At one point, I had to form a circle of minions to dance around a planted acorn, the better to encourage its growth. I ended up with a crumple of limbs and squashed colour, with one wilful strawberry perched on the head of a neighbouring spoon, rather than holding its hand. Add to this scene a whirling camera and a clogged-up frame rate, and you end up with a surreal, perverse pleasure of the kind that cult followings feed on. 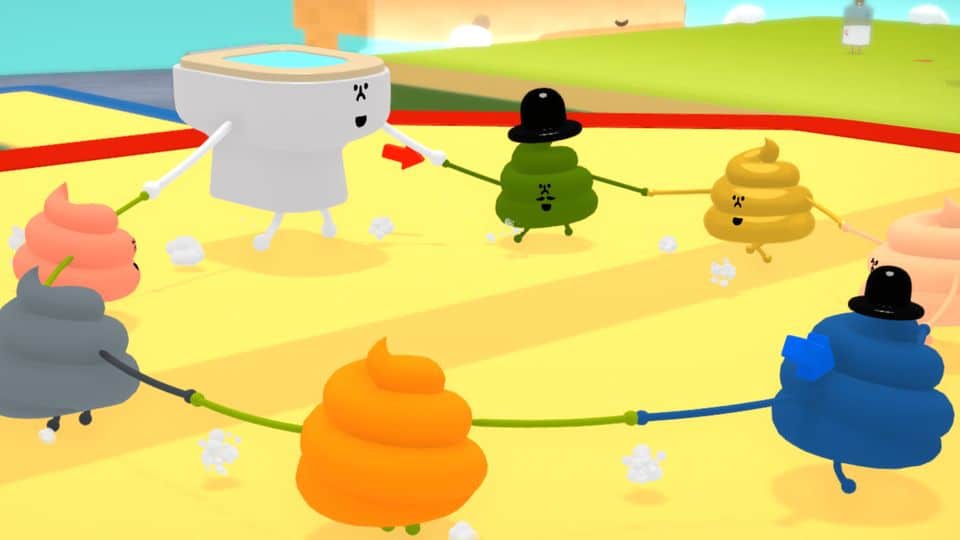 In fact, in the citrusy burst of its hues, and the buzz of its pop soundtrack, it brought to mind a genuine cult classic, LocoRoco, which was similarly borne on currents of whimsy. But that game, which was directed by Tsutomu Kouno, who previously worked as a level designer on Ico, was exacting, and sometimes punishing; the blobs that smiled through its worlds may have looked breezy-brained, but they demanded nothing short of mastery. The reward for which was the feeling—the illusion—of anarchy and spontaneity. Wattam, on the other hand, comes across as straining. Nonetheless, it should be played, if for no other reason than to see a designer expressing ambivalence about his own ideas. “We understand the importance of things that are gone,” we are told, in a cutscene unfurling on a scratchy canvas. “Can we not learn to cherish without first losing something?” If Katamari Damacy was about swallowing the ephemeral bric-a-brac of existence and sweeping it off into space, then Wattam revisits the empty launch site in longing.

Available on: PlayStation 4 and PC

Wattam should be played, if for no other reason than to see a designer expressing ambivalence about his own ideas.
5 Bright and surreal world Intriguing ideas and reflections Technical irritations Uninspired play