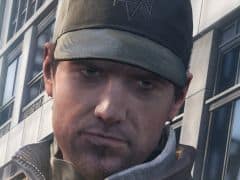 Neither the tragic failure some expected nor the introduction to a ‘proper’ next-gen others craved, Watch Dogs is instead best thought of as Ubisoft Open-World Game: Chicago Edition. As with other titles from the publisher – Far Cry and Assassin’s Creed being the obvious examples – it is almost compulsively appealing, thanks to Ubi Montreal’s tried and true onslaught of collectibles, missions, sidequests and other bite-sized reward loops.

Mechanically it destroys Assassin’s Creed, boasting cohesive systems that empower rather than hinder the player. Over 30 or so hours, I was never bored. I was also never really thrilled. Crucially, Watch Dogs is let down by both its setting and its adherence to distinctly old-generation mission and world design.

This Chicago, while large and fairly dense, carries neither the historical intrigue and architectural splendour of Ass Creed, nor the exotic appeal of Far Cry. Conceptually this is fine: Watch Dogs’ story focuses on malevolent corporations, abuse of power, social inequality and information security.

It’s a morally dubious world, as are the characters within it. Chicago’s inclement weather and contrast of bleak social housing and super-wealth seem perfectly set to back this up.

In practice, it’s rather bland, if intricate, and doesn’t have the graphical prowess to really impress. This problem should be solved by the hacking, a unique interface with the city. Again, however, this isn’t as developed as it could have been: you’ll blow out lights, hack road signs and lift bridges, but it never gets any more involved than that. Instead of having a reactive city that truly changes due to your actions, your hacking is a fun, if limited, score-settler rather than game-changer.

Not that this renders Watch Dogs a failure. It is not. Rather it’s a game that reaches a baseline of enjoyment – and that baseline is fairly high – and doesn’t raise it further. The mission loop is too samey – drive here, hack a few things, sneak/shoot out – and multiplayer is too throwaway to really affect much. You’ll undoubtedly enjoy your time with it, but it won’t linger long in the memory.

Undoubtedly enjoyable, but it won't linger long in the memory.
7 Lots to do. Compulsively playable. Mission loop never really changes. Hacking isn't as involved as it could be.