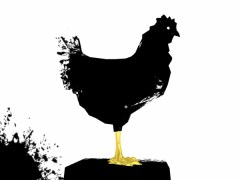 There’s a danger in becoming enamoured with any game that eschews the grit and grunt of Triple-A gaming and emphasises beauty, calm and serenity. Perhaps it’s a sign of gamer’s malaise, perhaps the quality of Sony’s recent PSN pseudo-indie releases, but I wanted to love The Unfinished Swan. I want to love every game really, but when an author’s intent and purpose is so righteous and promising, you can’t help but root for him.

It’s with a heavy heart, then, that I have to declare The Unfinished Swan a letdown. This short-lived, artistically-worthy slice of downloadable eccentricity fails on that most crucial of fundamentals – it’s just not much fun to play. You take up the role of Monroe, an orphan who is left with nothing more than a smattering of his late mother’s unfinished canvas paintings, and a magical paintbrush that can splatter colour onto an otherwise shadeless landscape.

At first, the novelty of showering a white screen in black paint and revealing corridors, walls, stairs and statues is quite special. Clearly it’s not something that’s been done before, although some of the effects are reminiscent of the underrated platformer De Blob. Soon, though, that novelty is hastily replaced by reality; this is a game that has based its entire existence around one of the most annoying video game bugbears of all – not knowing where the hell to go.

As you walk around in first-person, relentlessly spamming your paintbrush to coat as much of the world as possible, the whole thing feels like busywork. For the entire opening section, there’s nothing that could really be considered ‘gameplay’. You’re just walking and splattering. If the entire experience had been this uninvolved, we’d be looking at a much lower score at the bottom of this article.

Thankfully, then, as the charming story unfurls itself, so too do The Unfinished Swan’s best ideas. It evolves into a fairly basic platformer for a while, before nodding to Flower and Okami, then even Limbo and Portal later still. Frustratingly, though, the game feels so satisfied in itself every time it presents a new idea that it overplays it. For example, reasonably early on you discover that your paintbrush is actually splashing water rather than Dulux; water which can give life to creeping, climbable vines. Fine. Clever, in fact. Instead of introducing this fairly simple idea and moving on, it becomes the only mechanic for a significant stretch of time, rapidly losing its quirkiness and just becoming dull.

PlayStation Move compatibility adds another layer of idiosyncrasy to this unusual offering, but much like the game itself, soon outlives its initial charm. The device is too laboured to handle the complexities of platforming, and the Dualshock just takes the stress out of play. And the package is rounded off with a collection of ‘toys’, in-game modifiers essentially, which can be bought with the currency of balloons which are dotted around each area. Unfortunately, there’s no freestyle mode that lets you paint on a blank canvas; once you’re done with the story, it’s very much a finished swan.

The Unfinished Swan does save its best moments for the final third, and wraps up its two-hour playtime in a slightly abrupt but rather splendid fashion. If the rest of the game had shown this much endeavour and succinctness with its concepts then we could have been looking at another PSN classic to stand proud with Journey et al. As it is, though, The Unfinished Swan is little more than a pretty picture.

This short-lived, artistically-worthy slice of downloadable eccentricity fails on that most crucial of fundamentals – it's just not much fun to play.
6 Mechanically clever Artistically worthy Feels like busy work Very abrupt 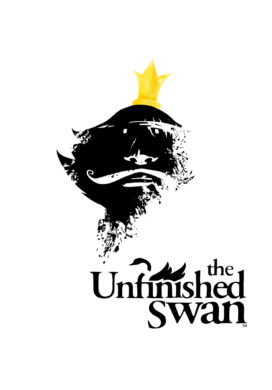