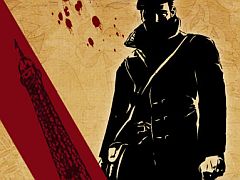 The Saboteur is a strange, hodge-podge mongrel of a game. It’s got the open world and vehicle-nabbing of the GTA series, the free-flow climbing of Assassin’s Creed, and the sneaky kill-em-from-behind action of any stealth game released over the past decade. It’s also got lots of third-person gunplay, the light/heavy/kick attack setup of a roaming beat-em-up, and a system wherein you can inspire people to rise up against the Nazis – a mechanic that feels very similar to THQ’s Red Faction: Guerrilla. All of these elements are handled in a solid if unspectacular fashion, and yet somehow The Saboteur is more than just the sum of its parts.

Surprisingly, the game’s World War II setting is one of the main factors that ensures its overall success. By now you might think that this particular dead horse has been flogged into equine mush, and yet somehow The Saboteur shows that there’s life in the old nag yet. Naturally it helps that we’ve never had an open world WW2 effort before, but it’s still impressive how fresh it feels to go zipping around occupied Paris – swerving around the cobbled streets in a vintage motor and mowing down Ze Germans. However, the real saving grace is the way this environment is presented. When you’re in an area where the Nazis are in total control, the game resembles a 1940’s Sin City – moody black-and-white with the odd flourish of red; when you’re in a neighbourhood where you’ve helped the Resistance to fight back, the city is brought to life in vibrant Technicolor. It all looks rather classy, and while the graphics certainly fall short of the standards set by GTA 4 and Assassin’s Creed 2, they succeed in achieving a kind of stylish swagger.

Upon starting the game for the first time, you’ll immediately be confronted by a big pair of naked, digital breasts (actually, this isn’t quite true; there’s an option to turn off the nudity – and on the 360 you’ll need to download a free patch before you can see any “adult” content). On first impulse, I’m tempted to draw a direct comparison between these virtual mammaries and The Saboteur as a whole: they’re both surprising, racy and designed with fun in mind – plus they both have an odd, not-quite-right quality that’s occasionally quite distracting. However, with hindsight this observation is a little unfair. The naked cabaret that kicks off proceedings is really a statement of intent, a message that tells you that the following tale will be more concerned with having a good time than with documenting historical events. Yes, this is visibly Occupied Paris, replete with the Eiffel Tower, Arc de Triomphe and other notable landmarks – but it’s also an Occupied Paris where enormous Zeppelins glide through the skies, where half the populace drives a sports car, and where the German border is only a 20 minute drive away. In short, the whole shebang is larger than life (well, apart from the geography) – and this approach works just fine.

The Saboteur casts you as Sean Devlin – an Irish race car driver who joins the battle against the Nazis for personal reasons. Before the war Sean was on the cusp of a promising career, but all that was brought to an end by his dastardly arch-rival, Kurt Dierker – an Aryan wonder with Nazi connections. Without giving too much away, competition between the two men got badly out of hand, and one of Sean’s friends ends up at the big racetrack in the sky. Sean joins the Resistance as part of a personal quest for vengeance. Devlin’s character is loosely based upon a real-life war hero named William Grover-Williams – but like much of the rest the game, there’s isn’t much similarity between truth and fiction. Sean’s character design milks every Irish cliché imaginable – he drinks and smokes a lot, swears like a trooper, and even says “top of the morning to you” from time to time – yet he’s still a likeable front man, and you’ll enjoy his colourful outbursts as he blows yet another Nazi to Kingdom come.

In terms of its structure, The Saboteur does little to buck the open-world conventions that have been followed ever since the release of GTA III. Quest markers pop-up on your map, revealing the location of an NPC who will dispense your next mission. You can stick to the core assignments and plough on with the story, or you can choose to explore one of the many side attractions. Even by the genre’s own generous standards, there are a myriad of things to find and do – including hidden collectibles, optional side quests, cabaret shows and hidden gambling games. However, as we’ll discuss in a moment, the two most important distractions both involve change – changes to the environment, and to Sean himself.

By anyone’s standards, Sean is a versatile gaming hero. He can drive any vehicle he finds, he can punch the crap out of people (using the aforementioned light/heavy/kick system) and he can handle a gun (via a free-aim system that will be familiar to anyone who’s played the Mercenaries games – or indeed any other third-person shooter). He can also scale walls and other vertical surfaces using a simple, one-button-does-everything arrangement – think Assassin’s Creed, but with slower, less flashy animations. By holding the right bumper, Sean will go into a stealthy crouch that lets him take out Nazis from behind; these silent kills also allow him to adopt his victim’s uniform. Once disguised, he can walk straight into heavily-guarded areas – although you’ll still trigger an alarm if you behave strangely, or if you let your foes get too close.

On their own, these abilities give Sean a wide range of tactical options when he approaches a job – but these raw skills are further supported by a neat Perks system. By completing trios of pre-set goals, you’ll open up further tricks and tools relating to different gameplay aspects: score a number of head-shots with a sniper rifle, and your aim will improve; kill a certain number of foes with grenades, and you’ll be able to carry more of them. These tasks start off being relatively simple, but the third-stage perks will usually demand a hefty chunk of gaming skill. Similarly, your rewards increase in complexity until Sean eventually becomes a one-man Resistance Movement – summoning getaway cars and rebel fighters at the touch of a button. It’s easy to get fixated on these challenges, and when you do finally get your prize they’ll often allow you to try new strategies for dealing with the German menace.

As addictive as the perk goals are, it’s the bread-and-butter sabotage that proves to be the real distraction. The world of The Saboteur is divided up into several interconnected areas – Paris takes up most of the map, but you also get quite a bit of surrounding countryside, and even a slither of Germany. In each of these regions there are literally hundreds of Nazi structures and emplacements – from watchtowers to searchlights to propaganda-spewing speakers. All of these assets can be destroyed with a well-placed stick of dynamite, and every time you destroy one you’ll earn contraband – currency that can be spent on weapon upgrades. You’ll be on your way to a mission objective when you suddenly spot a Nazi fuel deport. You know that you should push on with the job at hand, and yet before you know it you’ll be crouched on the floor with a fuse in your hand. Five seconds later there’s a big bang, and you’re back on the run again. As you gradually clean up a particular area, you’ll see colour starting to seep back into the game world, and there are other bonuses too: fewer Germans patrol in these areas, making it easier to escape any pursuers you might have, and some of the locals will even help you out if you get into a fight.

There’s something quite affecting about driving from a colourful area into a monochrome district where the Nazis go unchallenged, and it would be easy to spend a whole afternoon clearing out your favourite parts of Paris. That’s not to say that the core missions are drab or uninteresting; on the whole, your jobs are well-designed and diverse in their demands. You can often choose whether to go in guns blazing or to take a more sneaky approach, and when the game does ramp up the thrill factor – dumping you in the cockpit of a tank, or forcing you to chase a sworn enemy through the flaming hull of an airship – you’ll find yourself getting swept up into the plot, despite yourself.

Indeed, if you were to slow down for too long, you might start to dwell on the game’s shortcomings. The phrase “Jack of all trades, master of none,” is certainly applicable here, and from time to time you may find yourself irritated by the sluggish driving controls, the dopey enemy AI, or the occasional lack of a checkpoint. But even when something does get on your nerves, it’s rarely long before something else comes along to pique your interest again: an amusingly cheesy cutscene, a landmark that demands to be climbed, or a Nazi general who’s just aching to be neck-snapped.

If you saw any of the early promotional trailers for this game, you may remember a clip that was cut to the svelte tones of Nina Simone, as she sung Feeling Good. Well, that track has been included here – along with several other excellent jazz numbers that play whenever you enter a vehicle. The thing is, that song was recorded in 1965 – over 20 years after World War II ended. It’s inclusion makes no sense at all, and yet the tune itself is a perfect match for the tone of the game. It’s this winning contradiction, more than a pair of polygon breasts, that truly sums up The Saboteur. Pandemic Studios may be no more, but at least we can say that the boys went out on a high note.

Feeling good?
8 Good use of an interesting setting Varied gameplay Lots to do Doesn't really excel at anything