The Gardens Between review 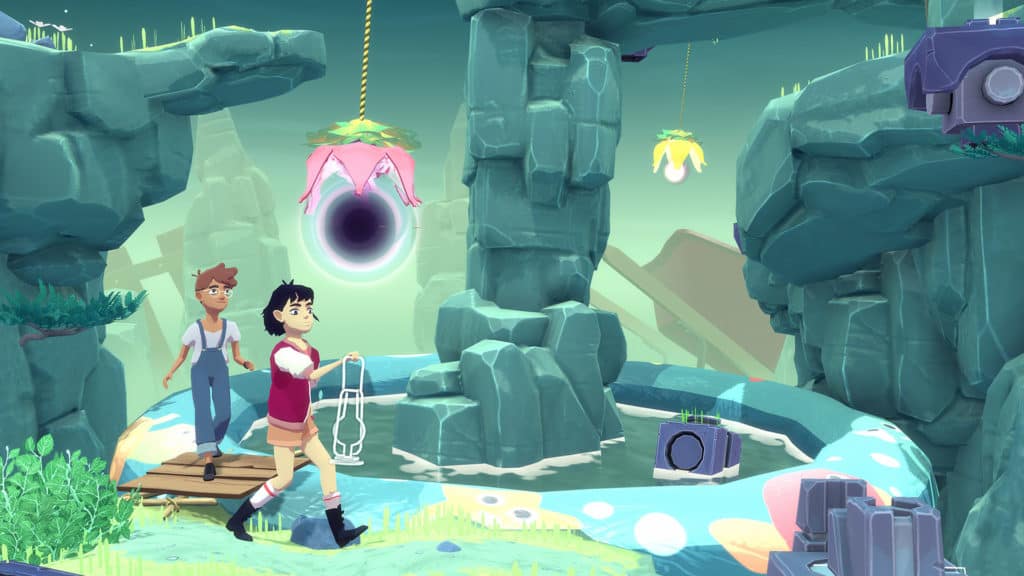 If you didn’t know who made The Gardens Between and you had to guess just by playing, you would end up with an alluring mix of developers. From the soft synth of its soundtrack, you might think it a pipe dream from Polytron Corporation, of Fez fame. The soapy wash of its cartoon colours echoes the work of Night School Studio, who made Oxenfree. And from the look of the game’s miniature worlds, each enclosed with the curve of a capsule, you may be reminded of Super Mario Galaxy and guess Nintendo.

It was, in fact, The Voxel Agents, an independent studio based in Melbourne, comprised of the kind of zesty talent that forms when people are pressed together in game jams. The studio’s biggest releases are its Train Conductor games, which have you realigning the track to avert collisions. They seem a far cry from The Gardens Between, in which two friends, Arina and Frendt, explore a series of surreal puzzle islands, wrought from rock and marked with the memories of their friendship.

Then again, it might not be so different. You don’t control either of them; you control the unbending track of time, scrubbing it back and forth at the press of a button, like an old cassette tape. Thus, you manipulate the pair’s movement through each islet, with the aim of getting them both to the exit with a lighted lantern in hand. There are, by way of variation and complication, certain memories that stand the test of time, as it were: objects in the environment that ignore your interference and dance onward despite you. I know how they feel; there were times when I drifted onwards despite the game. 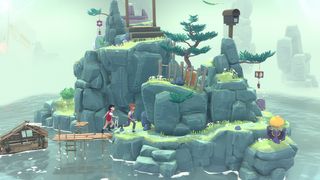 It isn’t that it’s dull so much as it encourages near opioid levels of relaxation. The score, composed by electronic musician Tim Shiel, is tinged with longing; it produces what I imagine to be the sound of a circuit board sighing. There is also the curious sensation of safety in the act of setting the controller to one side – time stops with you, or rather, it can’t go on without you.

In fact, there were times when I set The Gardens Between as sonic accompaniment to a daydream, happy to take my thumbs off the sticks and lay back on the sofa. Given the page on its official website, this is something the developer seems to encourage. It’s a rare thing that a game excels when you aren’t playing it. I must make a note to try not playing more games – an intriguing career obstacle, perhaps.

Though, not as intriguing as the obstacles in the game. You’ll be glad to know that, should you opt to actually play, you’ll be presented with puzzles that flirt with furrowing your brow. Black holes devour your light before you reach the exit; capering cubes carry your lantern to faraway places; and the chiming of bells lets you shift geography while all else stands still. You always have the tools you need, leaving you feeling both secure and tormented, the solution swimming somewhere in the river of time’s flow. 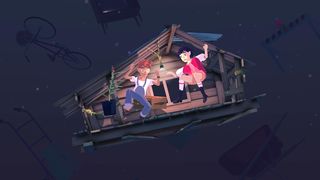 Completed scenes form a constellation of memories. A sleepover, a day spent playing video games, a spelunk into a sewer: these orbit one another in a stylised orrery, happier days inscribed in the glitter of a night sky. It’s oddly perfect to make galaxies of our minds – each star a firing synapse, the light of each memory reaching us from a place long gone.

Only, they aren’t your memories. The flatness of the game’s vague vignettes left me scrambling for something personal to prize from it. The Gardens Between colours its scenes with cartoon specificity, while trapping them in templates of generalised nostalgia – old CDs, video tapes, CRT tellies. It’s fitting, then, given the deceitful way our minds remember the past, that you come away from the game with more of a mood than anything distinct to hold on to. But a pleasant one, for the brief time it lingers. 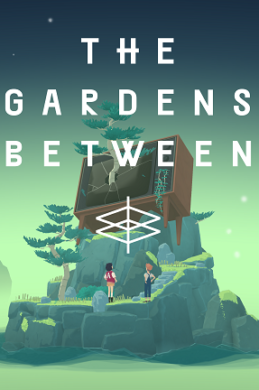