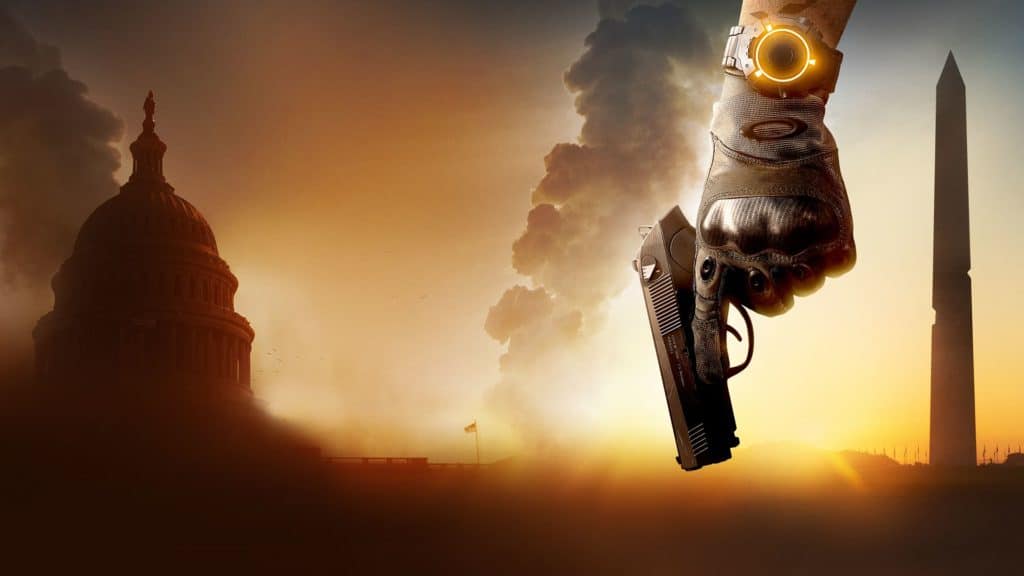 No morning coffee? Americans can give water a go. Internet’s down? No problem: social media isn’t of interest to these people when they can gawk at Old Glory for hours on end. A dead healthcare system? That’s when they turn to what they know best: guns. The Division 2 outlines how the red, white and blue spirit allowed folks to rebuild society in a Washington D.C. ravaged by some severe sniffles; all they had to do was grow some crops and shoot some bad guys – it’s the American way, after all.

There’s no comment on the States’ attitude towards arms, even when blood is shed on some of the country’s most notable landmarks. You’re trigger-happy inside the MLK Library, stick bullets in paramilitaries on the steps of the Lincoln Memorial, and down enemies at your home base of the White House. The Division 2 showcases an unwavering amount of imagery that could have had a meaningful impact on players, if highlighted in such a way; instead, you’re Judith Chalmers with an assault rifle, oohing and aahing at Massive Entertainment’s recreation of the U.S.A.’s capital. It’s a vapid depiction of a realistic dystopia, full of red barrels and devoid of stimulation.

Structurally, missions are equally as exhilarating. They revolve around you popping out of cover to clear areas of hardy boys, capturing a point, and then defending it. The three adversarial clans – and one more in the endgame – have drafted in some of the hardiest bastards you’ll come across, with each soldier soaking up clip after clip before they give in. It’s relentless, especially when playing solo. Success, then, is so very sweet. As conflicted as I feel saying it, the shooty bang bangness is good. In lieu of a deeper meaning to what you’re doing, Massive has made sure the actual doing part is pretty accomplished. It is more enjoyable when in a squad, though. I mostly played with randos, and thankfully they always stuck to the script. A half an hour in the company of a given group would beautifully see everyone recognising their roles, coming up with strategies without uttering a single word. 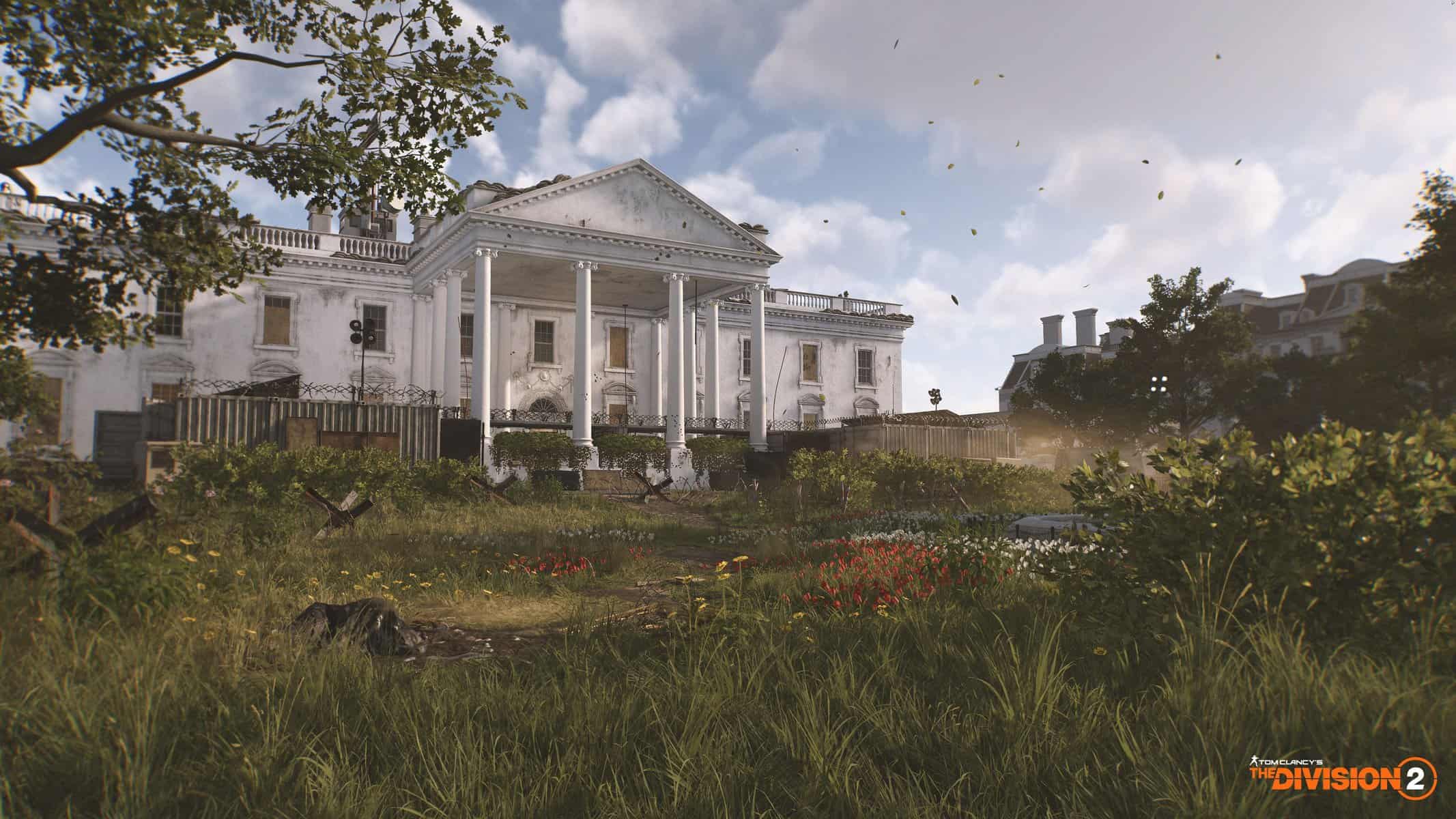 Rivals will rush you with batons, flank you with machine guns, and bombard you with projectiles, forcing a dynamic fight where camping isn’t an option. There’s an intelligence to their hostility that pressures you to truly think about your weapons and gadgets, as well as your movement across the varied locations. It’s not the prettiest game – textures pop like balloons, and botox seems to be plentiful for the folks of Washington D.C. – but beginning a new mission brings with it excitement at what the environment will present. Plant pots on lush, rooftop gardens give you respite in battle; a once luxurious hotel houses more evil than normally supplied by holiday-makers; and in what is definitely not an allegory for news coverage in 2019, but could’ve been if they wanted, cameras in a production studio voyeuristically look on at the devastation you and others around you cause. Repetition is somewhat quashed by ever-changing arenas, stocked with plenty of items for you to better your gun-loving avatar.

We’re a simple bunch: seeing numbers go up brings about an ecstatic reaction that The Division 2 is more than happy to play to. Land a shot? Numbers. Listen to an audio log? Numbers. Grab a sweet new deathbringer that’s way cooler and shootier than what you’ve got equipped now? Fucking numbers. You’re never wanting for new items in this shlooter, either. Dotted around the dangerous open world, and released from soldier corpses like a fart they’d been holding in during combat for fear of banter that verges on bullying, loot isn’t in short supply. And, in contrast to similar, recently released video games that rhyme with Schmanthem, you constantly feel like you’re progressing. The mask and shotgun you nab at the end of a mission will at least be on par with what you’ve recently acquired, and regularly an improvement. Loot can be sold to shops for cash or broken down for crafting parts, too, meaning there’s a benefit to the surplus. Little is wasted when it comes to your tinkering. And you’ll do a lot of that.

The White House acts as your home base, brilliantly, and allows you to donate resources to projects within the community in exchange for XP, buy and sell items to the makeshift corner shop, pick up side missions, and unlock new gadgets and perks. These near-future toys are pivotal in combat, adding another tactical layer due to some being offensive, and others more defensive. Dumping your accrued points into the Perks is also crucial, enabling you to carry more weapons, grenades, crafting materials and the like. 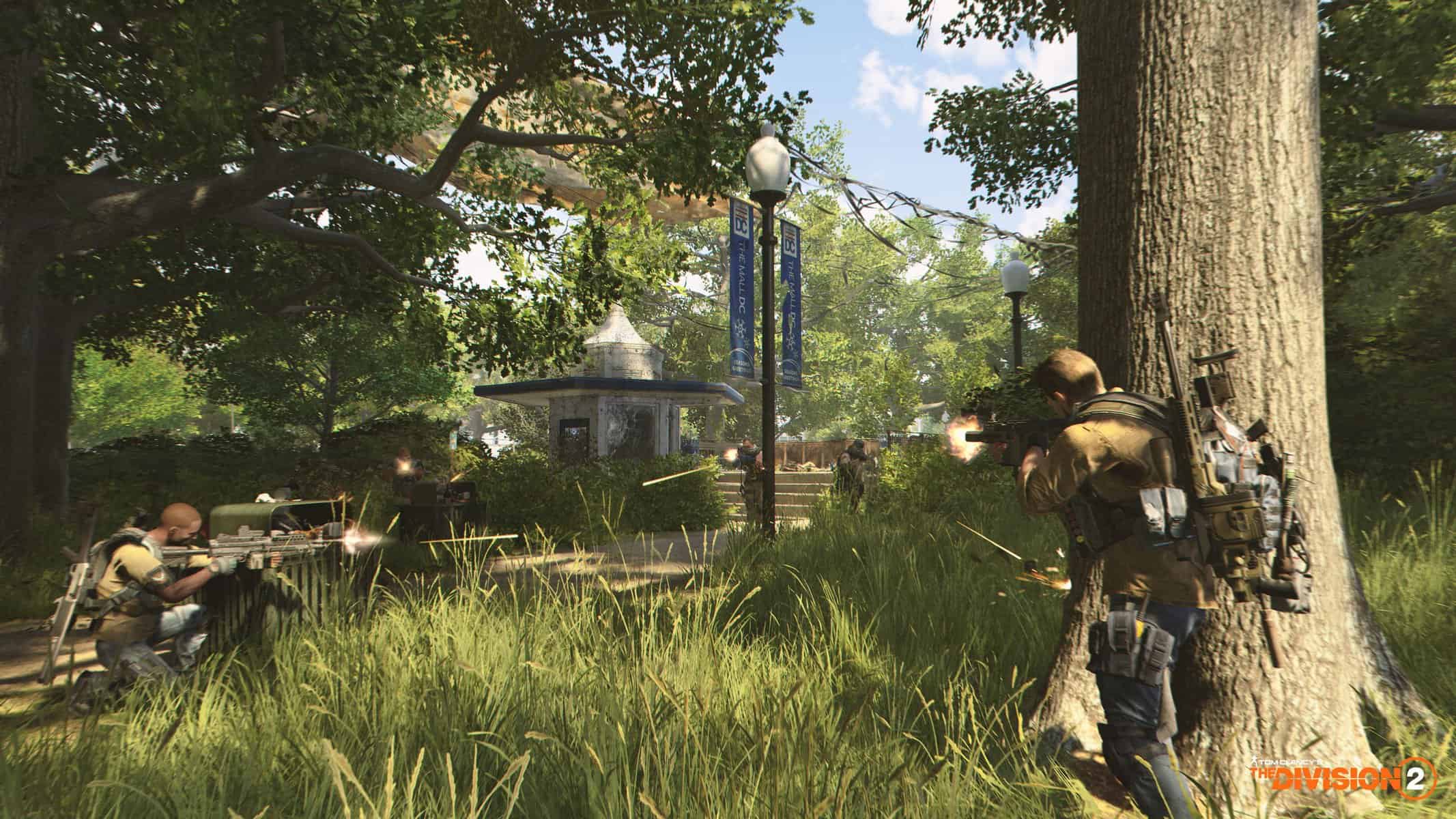 Kitting your character out in the best gear takes time. There’s a lot to be said for choosing the holster with the bigger number, but it’s important not to disregard the bonus attributes the slightly weaker one may have over the other, as well as the fact that a completed set of armour buffs you further. The same can be said of weapon mods, which see you trying to balance the positives and negatives attributed to your SMG once attached. Fiddling about in the menus only becomes a moderate inconvenience because of the regularity with which you get loot. It’s wall to wall greens, and blues, and purples. OH MY! Being betrayed in the Dark Zone elicits more rude words than that.

The celebrated PvPvE Dark Zone from the original is back, and with normalised stats, is forgiving to the curious. The added element of coming up against other real players adds a tension not experienced in the main game, allowing you to create your own stories in a game that’s in need of some. That aggression you have for others can also be unleashed in the new 4v4 multiplayer Conflict mode; both the King of the Hill and Team Deathmatch-style offerings are a pleasant enough, brief distraction from the rest of the game, but not much more than that.

Those looking for well-thought out combat in arenas where enemies have positional awareness will feel fulfilled. The loop is satisfying, because the shiny carrot at the end of the stick is within touching distance at all times. Those looking for reason behind it all will feel cheated. The Division 2 could have been more. But, hey, as far as dull, well-made third person shooters without a single thing to say on absolutely anything, this is a pretty decent one.

Shooting the bad men and tinkering with your loot in The Division 2 is good enough to keep you coming back to something that’s regularly monotonous and lacks any real message.
6 Tactical combat Sense of progression thanks to meaningful loot drops Bereft of any meaningful narrative