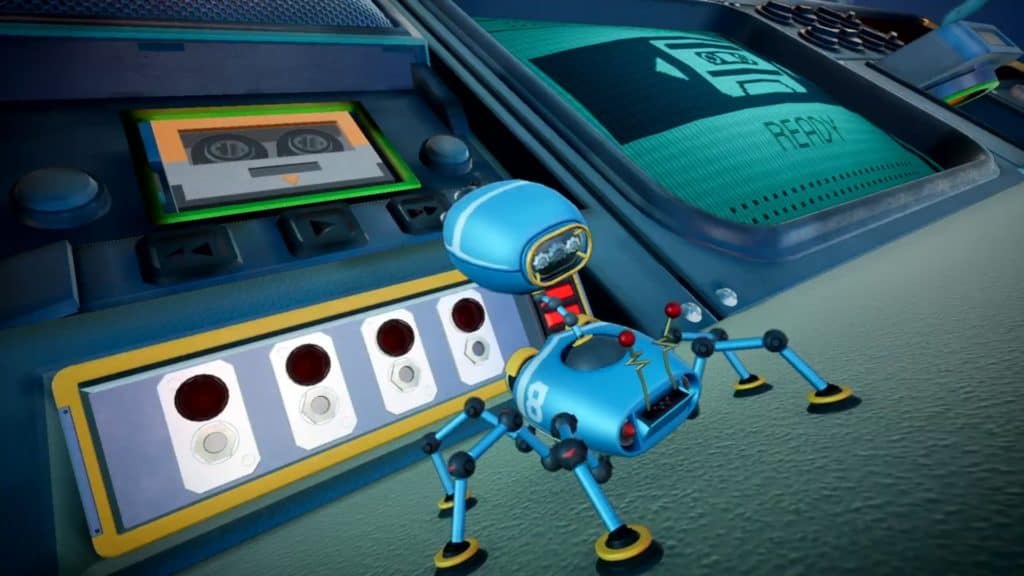 Finding out that Sumo Digital has made a game of its own is a dose of good news. The studio spends much of its time with contract work, donning a dark suit and delivering the Colorado and Columbia episodes for Hitman and Hitman 2, for example, or fine-tuning Forza Horizon 4, leaning on a garageful of racing game experience. Last year, it cranked out a no-fuss Crackdown 3, for Microsoft Studios, after development got stuck in the clouds. Between these mercenary projects, as if to let off steam, Sumo holds internal game jams—the fruits of which are 2017’s Snake Pass, which shed the crusty skin of platforming cliché and had us coiling through environments on our bellies. And now we have Spyder, which gazes similarly groundwards, hoping to ensnare us afresh with a new spin on movement, puzzle-solving, and stealth.

You play as Agent 8, a smiling robotic spider in the employ of the British government, maneuvering the web of international intelligence in a silky spoof of the 1970s. Owing to the suction cups fixed to the end of each leg, you’re able to clatter up walls and ceilings, provided they’re not splashed with oil or composed of slippery glass. You can fire a wiry thread and spirit yourself across chasms with a resounding thwip. Given our hero’s tiny frame, and the game’s granular focus on everyday surfaces, the chasms in question can be the gap between two desks; however, this being a spy-flavoured affair, they can just as easily be the void between the peeled-off panels of a space shuttle, drifting in Earth’s orbit. 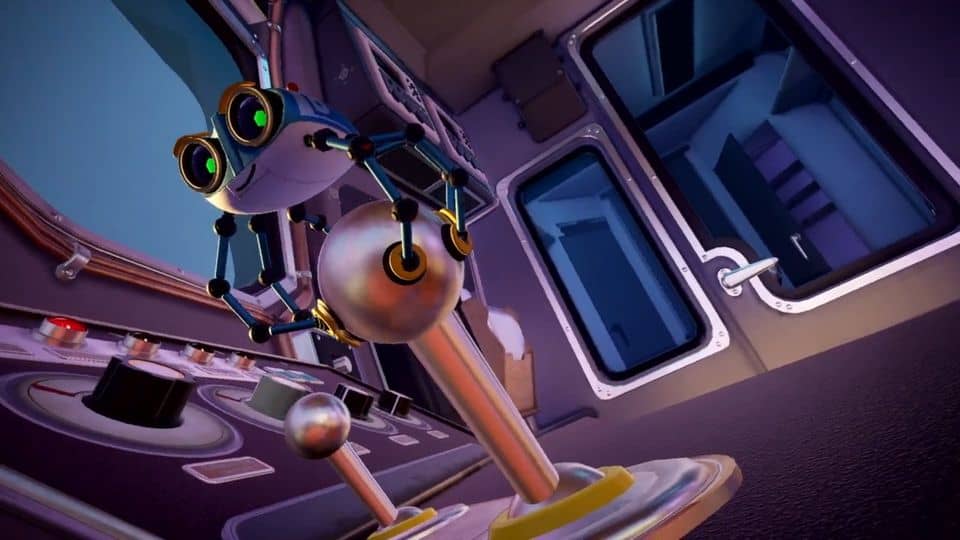 Spyder is available exclusively on Apple Arcade. I played it on an iPad, giving me a wide window into its delights, first and foremost of which is the chance to see the world bound in the beaming hues of a Maurice Binder title sequence. Each level is introduced with posters of brilliantly slanting font and breezy illustrations, with names like “Space Invaded” and “Sky High Spy.” If you long, as I do, for the age in which espionage thrived on analogue thrills—in which someone might have been sent to recover a microfilm, stashed in a Soviet briefcase, or to snap a photo of some rocket blueprints deep in the Eastern Bloc—then Spyder will scratch an itch. Despite the fact that you’re essentially playing as one of James Bond’s splashier gadgets (fans of Everything or Nothing will recall—with a gleeful cringe—the Q-Spider), the charm of Spyder is in crawling over its down-to-earth clutter: the scrunched paper, the coffee stains, and the clacks that issue forth as you skitter over keyboards.

The disadvantages of the iPad approach are the small, fierce bouts of yoga required of each of your hands to reach the movement sliders; my thumbs are now adept at downward-facing dog, and I had to fight back the compulsion to conclude each play session with a “Namaste.” I would recommend you play on an iPhone. Doing so will be more comfortable, and will ease your irritations with the camera, which sometimes cranes against your movements. (Plus, it has the added benefit of allowing you to pretend that you are brandishing the sliding, touch-sensitive Ericsson sported by Pierce Brosnan in Tomorrow Never Dies.) There are some natural, nifty perks of mobile play, when it comes to a game about gadgets, such as drawing your finger across a vent to slice it open with a blow torch, or tracing circles to unscrew a bolt. Such simple, tactile pleasures are precisely the sort of thing that a game jam is good at squeezing out: the pure zest of play, pressed and preserved, waiting for whatever flavour the developers sprinkle it with. 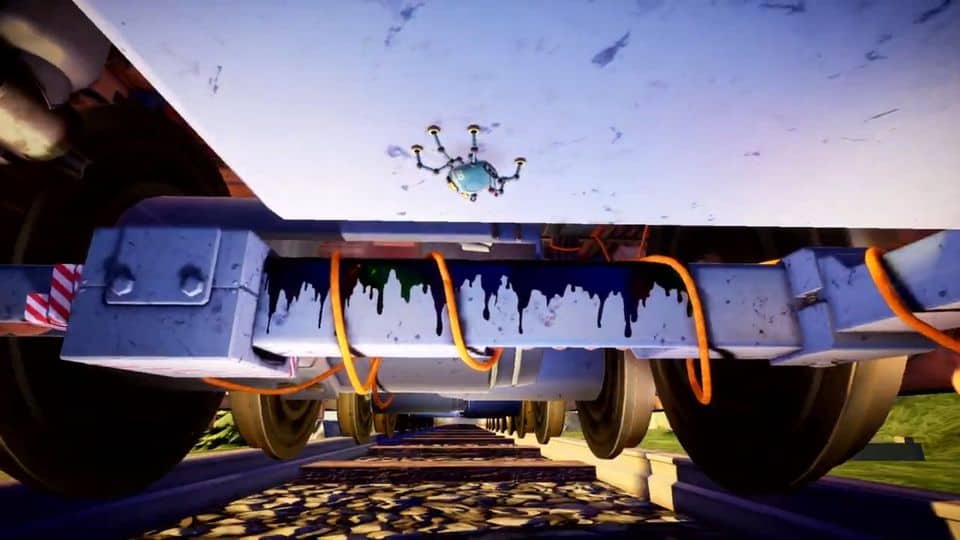 In the case of Snake Pass, the sprinkling took the form of a bright, windblown score, by David Wise, and an atmosphere of Crayola-coloured jollity that harked back to the Rarefied days of Banjo-Kazooie and Donkey Kong 64. Spyder has a mood closer to CounterSpy—which also poked fun at the spy fiction of the Cold War-era with the firm understanding that to lampoon is an act of love. The trouble with Spyder is the same thing that gives Agent 8 the edge: size. It’s fashioned for phones, and, while the brisk idea of reaching the end credits in an afternoon is a refreshing one, the shrinking of scope is the real shame. Snake Pass was an effort of greater oomph and invention, requiring a console controller—albeit one at risk of a rather forceful face-to-face with the wall, at times—to wrangle its technical originality. Spyder, by comparison, isn’t innovative so much as novel, but sometimes novel is enough.

You need only elude the glare of a searchlight by scuttling along the edge of a table; or fall from a plane, carried by a Kleenex-sized parachute emblazoned with the Union Jack; or launch a glob of slime at a distant button from Agent 8’s spring-loaded cephalothorax to improve your day, and your life, by some tiny measure. As the mission wears on, its conceit gathers cobwebs, but do we always need to be blown away?

As the mission wears on, its conceit gathers cobwebs, but do we always need to be blown away?
7 Stylish seventies spoof Novel concept Nicely cluttered levels Slightly awkward controls and camera

As Agent 8, you’ll travel to exotic locations and embark on an…

As Agent 8, you’ll travel to exotic locations and embark on an…