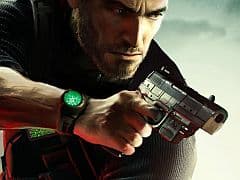 It’s hard to put it into words, which is a rather big flaw for a review, but somehow Ubisoft has managed to make Splinter Cell Conviction both new and familiar at the same time. By making leading man Sam Fisher a broken mess who will do anything to seek justice, Conviction is more action oriented than previous games in the series, yet stealth and careful surveying of your environment is still absolutely essential. This is an evolution of the stealth genre, making it altogether more appealing to the masses without compromising that which made it so popular in the first place.

Without spoiling the entire plot, it’s safe to say that Sam Fisher no longer works for top secret agency Third Echelon. He’s going alone, on the hunt for some answers about who killed his daughter and in turn revenge. He’s a man quite clearly on the edge, willing to go beyond protocol to get what he needs. He’s not entirely without support, with some good friends standing by him, but he’ll have to delve into the heart of the corporation to find the answers he seeks. All this essentially means you’re on a man hunt, moving from informant to informant in an attempt to get closer and closer to the truth and stop a terrorist attack in the process.

Conviction is unquestionably still a stealth game, with Fisher spending much of the game skulking around in the shadows, in turn making the game completely monochrome for much of the time. When the screen turns grey you’re hidden from enemies, and a useful on-screen display lets you know if you’re in line of sight to a roaming guard. A white arrow indicates you could be seen, while red means you’ve been spotted and it’s time to make a run for it. Although, as I’ll explain later, being seen isn’t always a bad thing.

A key weapon in your arsenal is being able to sneak up behind an oblivious enemy and take him out silently. Not only does this help your chances of making it through a level, but also grants you a Take Down, one of Sam’s new moves. A Take Down lets you instantly kill any marked enemies, assuming they are within range of your selected weapon. Certain weapons provide you with more marks, but at the cost of distance, while all the mark and executes within a Take Down are used up even if you only tag a single enemy. You might feel like using a Take Down on one enemy is worth it, but it’s often a bad idea in the long run.

All forms of kills that aren’t weapon-based grant you a Take Down, meaning you can use the ability in a variety of ways. If three enemies are in a room and one is patrolling the outside corridor there’s a very easy solution. Sneak up behind the single guy, take him out silently with a melee attack and then tag the three enemies inside the adjacent room. Wait until their markers appear red on your display and hit Y to instantly take them out. The room has been cleared and no one heard a thing – as long as you’ve used a silenced weapon.

Other situations are less straight forward, and the enemies are smart enough to make life harder than you might think. You often need to lure them to a different location to give yourself a better chance of taking them out. To do this you can use the game’s other new system, Last Known Position. The last position you were before the enemy lost sight of you is marked by a see-through model of Fisher, and all nearby goons will actively head to that location to try and kill you. You can use this to manoeuvre enemies where you want them, as long as they don’t think they’re walking into a death-trap, in which case they’ll refuse to move, forcing you to come to them.

Take this run through as an example of a more complex attack on a group of five enemies. Walk into the view of an enemy to deliberately get spotted, then retreat back to a hidden location, luring the enemies out into the open as they investigate your last known position. Hop onto the conveniently placed pipe running up the side of the room and watch as the enemies run around below you. Make sure you’re directly over one of the goons, then tag three of them for a mark and execute Take Down even though you’re yet to have the ability to shoot them. Then it’s time to kill them all in a matter of seconds. Headshot the remaining enemy, before falling down onto the guy directly below you; this will kill him and grant you a Take Down. Finally, hit Y and watch as Sam insta-kills the remaining three guys that you tagged earlier. Room clear.

It takes time to get to grips with how you’re meant to play Conviction, but once you’ve got the techniques nailed the game is a huge amount of fun and requires some seriously well thought out tactics. Later on in the game you’ll earn some brilliant goggles that let you spot enemies through walls, making them the gadget of choice, and the arsenal of upgradeable weapons is excellent. By achieving certain goals while playing you earn points that can be used to upgrade your weapons in key areas such as damage, range and accuracy, as well as increasing the number of Take Downs a single Mark and Execute allows.

While the campaign is disappointingly short, coming in at no more than seven hours, no one should feel underwhelmed by the presentation. Conviction is a slick looking game, built expertly using the Unreal Engine 3. It’s a shame that much of the game is played in black and white, considering the levels have been superbly created, but it’s a design choice that helps gameplay. A real highlight of the experience is the ultra violent interrogations that Sam performs on key characters throughout the campaign. Here the ex-agent smashes enemies into mirrors, crushes skulls on pianos and a whole lot more. Equally great is the in-game projected mission objectives system, with text being beamed onto walls and other objects instead of popping up as overlaid text. It looks great, adds a modern TV-show quality to the presentation and keeps you immersed in the game world.

Ubisoft has one more trump card up its sleeve, one that more than makes up for the short campaign. This comes in the form of a separate Deniable Ops cooperative campaign, and various two-player game modes. The co-op campaign, to put it bluntly, is the best part of the game. While it uses the same core mechanics of the single-player game, it benefits from having a friend play alongside you, opening up far more gameplay options. When working with the right partner you feel like a proper elite spy, operating in tandem to silently dispatch all the enemies without raising suspicion. It’s just a shame that the co-op campaign is over in three-four hours. Hopefully Ubisoft will offer more missions through DLC.

Three other two-player game modes aren’t quite as much fun as the story-driven campaign, but the enemy hunt, protection and versus mode offer enough thrills to be played for a considerable amount of time, even if none match up to the classic Spies Vs Mercs mode that many Splinter Cell fans will miss here. All this is also playable alone or with a friend via split-screen, and all the points and upgrades earned in the single-player campaign can be carried over and vice versa. The persistent upgrades and the challenges across both game modes are an excellent touch and will keep you playing as you strive to get the very best weapons available.

Splinter Cell was in need of a refresh and that’s exactly what Ubisoft has delivered. Conviction manages to tweak the tried and tested formula without ruining the stealth gameplay, delivering some of the best action gaming I’ve played this year. To get the most out of the package you’re going to need to play through the co-op game modes as well as the short but sweet single-player campaign, but both are excellent and well worth the time. Sam Fisher might be an angry man, but stick Conviction in your 360 and you’ll be smiling from ear to ear as you slam a man’s head into a urinal.

Latest in the acclaimed espionage series.

Latest in the acclaimed espionage series.