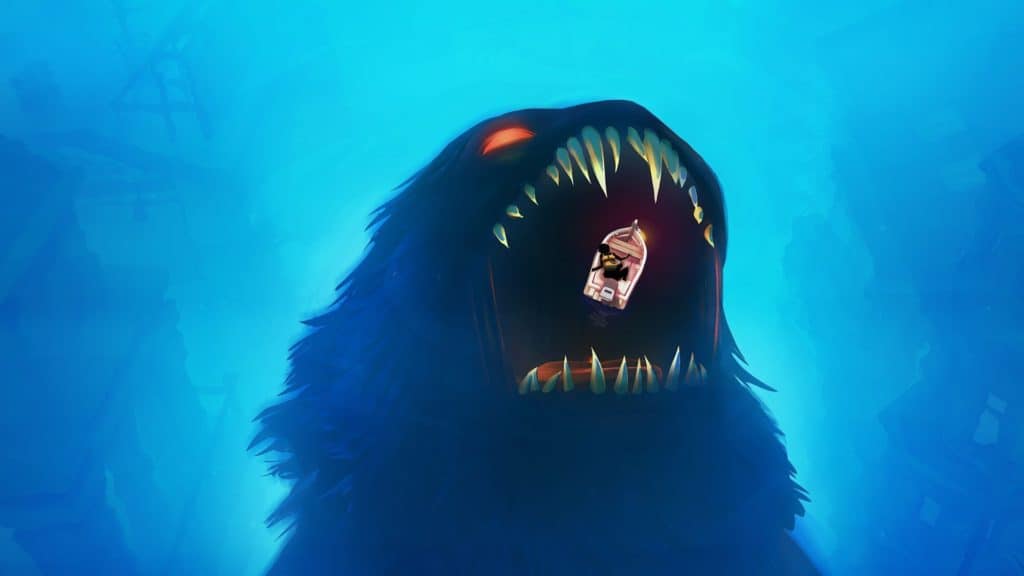 If you want to see a sunken city, then you’re spoilt for choice when it comes to games. First and foremost, there’s the underwater metropolis of Rapture, in BioShock, an art deco dream whose bubble burst at the bottom of the North Atlantic. More recently, there’s Oakmont, in The Sinking City, but, true to its name, it was only half submerged. Which brings us, of course, to Submerged, a sunlit vision of the world’s watery end. Into this flood comes Sea of Solitude, made by Jo-Mei Games and published by EA. On the surface, it centres on a girl named Kay, who boats about in a half-drowned Berlin. But it isn’t long before the game’s title sinks in, and you realise that you are, in fact, piloting the choppy waves of metaphor, more than water, as Kay’s quest unravels.

The game opens with a message from the game’s writer, and art and creative director, Cornelia Geppert: ‘Sea of Solitude is a personal project about loneliness inspired by my own experiences.’ The camera sweeps above the waters and looms over a drifting boat, in which sleeps Kay. She’s a sight to behold: her eyes glow red, her body is black, and her arms and legs are feathered, giving her the oily look of a beached bird. It’s a fitting design, and the subtlest storytelling in the game; our heroine is marooned, smothered by a downward-dripping mood. But then ‘“Hope” is the thing with feathers,’ as Emily Dickinson wrote, able to reach us even ‘on the strangest Sea.’ So perhaps we are given the glint of a way out. 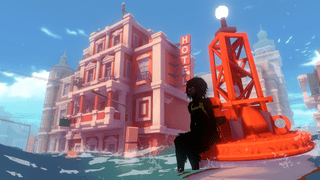 ‘Where did all this water come from?’ Kay wonders aloud. ‘And what happened to the people?’. It’s a good question, and one we’re left to ponder, with Kay offering up some novel suggestions: ‘This has got to be a dream, right?’ (Maybe so, but what then of the bottled messages scattered throughout, as if others might inhabit the same space?) As is par for the course with this sort of game – think Celeste, Gris, or The Gardens Between – obstacles and puzzles are as symbolic as they are logistic: problems are mountains, moods are colours, and clues are manifested memories. Kay wears a bright orange backpack, which she uses – just like a Ghostbuster – to gulp up globs of ‘corruption’ that ooze through the air. When they appear, the clouds and waters are inked with darkness; when they are banished, all turns sunny and still.

If it is a dream, it’s periodically a very pleasant one, especially in the game’s early moments, spent in gentle exploration. ‘It reminds me of Venice,’ Kay says, as she motors gently down the streets, her boat leaving a frothing wake of white. As you gaze overboard, you see the bottom halves of cafés and apartments blue and rippling below, and you feel not only the dark, secret pleasure of catastrophe but the double joy, which games are unsurpassed in their power to infuse, of seeing the old from new and unexpected angles – the world from a different height, cast in alien colours. The reason The Last of Us dazzled me had as much to do with seeing buildings in a losing battle against grass and creepers. Likewise, to feel the slosh and slap of water in places it was never meant to be is perversely compelling. I only wish Geppert, in her admirable mission to transform her own isolation into art, would trust us to do our own navigating. It isn’t as if the game’s depths are that difficult to fathom. Monsters patrol beneath the boat, bearing a resemblance to Kay – the same red eyes aglow and the skin as impenetrably black; they chastise, and chisel at her confidence, beckoning her to throw herself in. Some are monstrous forms of her loved ones – taking on their voices – and we really don’t need Kay’s commentary: ‘Wait… that monster… It seems… familiar!’ Later on, Kay asks, ‘How are you supposed to stop helping and start letting go?’ which sounds less like dialogue and more like a chapter from a pamphlet on parenting. Is the image of a girl cut adrift from her family and pulled by the current of seclusion not powerful enough?

Still, it isn’t all plain sailing. There are stretches of simple platforming, in which you avoid the water for the monsters that lurk and yearn for your flesh. There are portions in which the sea level lowers, as if the plug has been tugged free, allowing you to wander on dry ground. Much of your mission revolves around the flying figure of a girl, wrapped in a flapping yellow raincoat, whose spirit is split and scattered into darting sprites. As you clear the corruption that wreathes these glowing orbs, your backpack bulges – a visual flourish signifying Kay’s habit of taking on the burdens of others. I couldn’t help but chuckle and be reminded of Psychonauts, whose writer, Tim Schafer, wisely made light of such heavy symbolism, labelling the collectible suitcases that abound the brains of your subjects ‘Emotional Baggage.’ 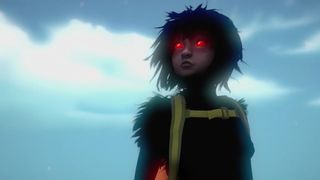 It may be churlish to hope for such levity in a game as guilt-laden and sombre as Sea of Solitude, and, it must be said, wading through its drama does yield treasures of insight. For one thing, the bruised portrait of a family takes shape, its internal stresses deftly etched through snippets of past conversations and painful recollections. It’s a relief to see Geppert wisely sidestep any notion of ‘winning’ in this world; when you reach a resolution with each monster, transforming them back to human form, you can no longer understand their words – a terrific touch, as though the freed cannot rouse the afflicted from their solitary state. Each moment of clarity and uplift is tugged back down by the drumming of self-doubt: ‘But Kay, ask yourself, why are you still a monster… ?’

This wavelike churning of mood gives Sea of Solitude the feel of a fantasia. And it’s filled with compelling pictures – I’ll not soon forget the sea parting like a pair of endlessly cascading curtains, nor the fear that they might close on me as I crept through. But its world doesn’t quite cohere. Think of Rime, another game about remote souls cast out to sea; that game’s coded meanings shuffled softly into place, like the tumblers in a lock. While Submerged, for all its shortfalls (and it isn’t anywhere near the game Sea of Solitude is) was anchored in the bleak and beautiful reality of a ruined future. By comparison, what we have here feels intangible and interior. It’s not so much thought-provoking as thought-insistent, as if Geppert is all too keen to keep us close, terrified we might not drift back to her.

A wondrous world and keenly felt themes are slighted by unsubtle writing.
6 Beautiful place to be Filled with interesting ideas Very overt writing and thudding dialogue 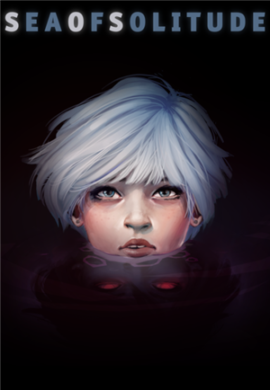