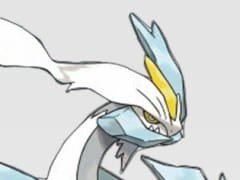 Time and time again we return to Pokemon because it’s reliable. From a playground craze to a guilty pleasure on lengthy commutes, Game Freak’s golden formula has remained largely untouched over the years, but what it does it does well and delivers it in spades with each new instalment.

Choosing to forgo a 3DS debut, Black and White 2 rely on the laurels of their forbearers in the continued absence of big changes. Set two years after the original Black and White, the sequel kicks off in predictable fashion. You’re plucked from the comfort of your mother’s bosom in Aspertia City and thrown out into the wild as a Pokemon trainer – travelling, battling, and ‘catching them all’ over the space of a 25-hour pilgrimage to become Unova’s champion.

The fundamentals remain the same as they’ve always been, nailed down by Pokemon’s proud 8-bit beginnings, but none more begrudgingly so than the turn-based battles. All the subtle improvements such as weather conditions and rotation battle gimmicks are here, making Black and White 2 the most accomplished versions of this elemental rock, paper, scissors system. But in spite of Game Freak’s insistence to maintain the sport-like nature of the Pokemon template, battling grows tedious early on and lacks any vigour to keep up momentum.

Black and White 2 are not as stubborn elsewhere, though. Opening the regional Pokedex up to a more varied cross section of critters, you’ll spot a good mix of Black and White’s newbie types as well as a handful of recognisable faces from previous generations, sporting the same ear-aching screeches under a coat of new pixels.

A handful of new cities and locations are introduced early on before you retread Unova’s panoramic cityscapes from the previous games. Newly renovated gyms offer refreshed puzzles, too, with many featuring new leaders to battle. This recurring theme of old and new carries over to the game’s soundtrack, a more contemporary arrangement of techno vibes over a mix tape of revised jingles.

Tutorials are streamlined but not entirely skippable, such as the Pokemon Centre tour and ‘How To Catch ‘Em All’ lesson that continues to patronise returning players who have had the basics down for well over a decade.

With only a handful of Pokemon forms and new locations, Black and White 2’s noteworthy additions are their distractions, such as the Pokestar Studios. A welcome alternative to the beauty pageants and musicals of past games, the Pokestar Studios see you putting your champion aspirations aside and conducting battles in front of a green screen in return for some hilarious results and a shot at silver screen stardom.

Those who slog through the usual raft of gym leaders, Team Plasma goons, Elite Four, and current Unova Champion will find a meatier post-game with a harder difficulty mode and achievement-like medals marking a first in the series. In addition to catching them all, the new Pokemon World Tournament provides a near endless stream of trainers and gym leaders new and old to battle. If you like what you’re playing, there’s definitely a lot to plough through here.

Refining most of the series’ hallmarks make Black and White 2 top of their class, but they highlight as many ageing qualities as they do endearing ones. Treading an all too familiar path with little in the way of major changes, Black and White 2 will satisfy the itch while we wait for a true 3DS successor, but this tried and true formula is well overdue for a few more evolutions of its own.

Black and White 2 are top of their class, but they highlight as many ageing qualities as they do endearing ones. They tread an all too familiar path in a series in need of some evolutions of its own.
8 Plenty of game to enjoy Business as usual Formula showing its age More a 1.5 than a full blown sequel