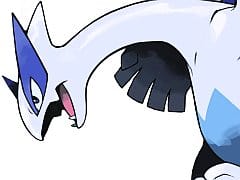 What is it about the Pokémon series that draws players back time and time again? Aside from improved graphics and a few new features, the formula hasn’t changed since the original Red and Blue games from 1996. Regardless of this fact, the weeks leading up to the DS remakes of Pokémon Gold and Silver have been a frenzied blur of excitement. Gaming forums and communities from all corners of the web play host to the same assortment of zealous questions: which version should I get? What starter Pokémon should I choose? Want to arrange a battle? Nearly 15 years since its inception and Poké-fever is as contagious as ever, but is the series still worthy of all the excitement?

Much like Pokémon Fire Red and Leaf Green, HeartGold and SoulSilver are remakes of existing games in the series. The graphics have been spruced up for the DS generation and the game now has lovely WiFi connectivity features, but it’s still essentially the same experience as that on the Game Boy Colour ten years ago. This is nothing to be sneered at, however, as Gold and Silver are widely regarded as the best games in the series.

If for some mind-boggling reason you haven’t played a Pokémon game before, pay heed to the following paragraph as I explain what you’ve been missing out on for the last decade and a half. Each game follows the same well used template: after being given your first Pokémon, you set off on an adventure to become a Pokémon Master by defeating gym leaders in exchange for badges that will eventually grant you access to the Elite Four, the strongest Pokémon trainers in the game. Along the way you’ll put a stop to the tyrannous Team Rocket and catch as many Pokémon as you physically can in order to complete a Pokémon encyclopaedia known as the Pokédex. It’s a wonderful life.

With HeartGold and SoulSilver, that exact formula takes place in a region known as Johto. There are eight of the aforementioned Gyms to work through and countless other forests, caves, and ancient ruins besides. The same turn-based battles are at the heart of the experience, and seasoned players will quickly slip back into the satisfying grind of strengthening their team. Just like in the original games, once you’ve defeated the gym leaders, Elite Four and the Pokémon Champion in Johto, the game grants you access to Kanto, the region from the very first Pokémon games. Revisiting Kanto is a nostalgic experience, although the impact has lessened slightly since Fire Red and Leaf Green. This second region almost doubles the lifespan of the game, with a further eight gyms to collect badges from. What I’m trying to hit home here is that these are big, big games.

If you’ve played the original Gold and Silver, little of what I’ve prattled on about so far will be news to you – so onto the new stuff. The Heart and Soul prefixes bring with them numerous improvements and enhancements to the game. As well as being graphically superior, the battle screen and menus have all been given a makeover, allowing for quicker and more accessible item and Pokémon organisation. You also no longer need to hold down a button to run, and more than one key-item can now be registered for quick-use. Most of these enhancements have been seen already in the DS Pokémon outings, but HeartGold and SoulSilver offer a wealth of their own new features.

No longer are your Pokémon confined to the prison of a static battle screen; HeartGold and SoulSilver bring your companions into the world of Johto itself. The lead Pokémon in your party will actually appear behind your avatar, faithfully following you from town to town. What’s more, the creatures are scaled to size; seeing a Charizard or Tyranitar towering above your avatar as he (or she) strolls through a town is empowering indeed. It might seem like a trivial addition to the game, but it breathes new life into the Pokémon that have never been anything more than listless battle combatants.

Then there’s the PokéWalker. Discard any preconceptions you might have that this is some cheap gimmick employed by Nintendo to sell a few more copies of the game; the device is pure genius. Shaped and coloured like the iconic pokéball, the device combines a pedometer with a Tamogotchi, prompting players to take their Pokémon out into the real world, where they’ll gain experience through walking. Based on how many steps you take, Watts are accumulated, which can be used to catch wild Pokémon and exchange for new items. These can then be brought back into the main game whenever you decide to give your legs a rest. You can even connect to another PokéWalker to let your Pokémon socialise with a friend’s. It’s all as clever as it sounds, and far and away the best addition to the game.

The combined effect of seeing your Pokémon trot along behind you in the main game, and being able to take them into the real world via the PokéWalker is inspiring stuff. Never before has a Pokémon game allowed players to assume the role of a Pokémon trainer so realistically. Believe it or not, I feel genuine attachment toward my team of pocket-monsters. Apollo, Starbuck, Dr. Baltar, Boomer, Caprica 6 and The Chief (yes, Battlestar Galactica is my inspiration for names this time around) are all very dear to me. In fact, Starbuck, my prized Crobat, has joined me on several trips to the pub now, and transferring her to the PokéWalker before I leave the house is quickly becoming second nature.

As always, the multiplayer is where the hardcore will get their kicks. Setting a date and training towards the poké-battle to end all others is still one of the most addictive parts of the Pokémon experience. The Elite Four are pussycats in comparison to some of the opponents you’re likely to face in the real world, and this is where the game really proves how deep it is. Putting together the perfect team to defeat your rival in real life is where the hours really start piling up, and extends the already hefty lifespan of the game further. Multiplayer has been made all the easier since WiFi banished link cables to the ever growing pile of redundant gaming peripherals. You can now fight friends and trade critters with players around the world, as well as over local WiFi.

Just as with Diamond and Pearl, players can migrate their Pokémon from previous games in the GBA series. Anything from Fire Red, Leaf Green, Ruby, Pearl and Emerald can be brought into the new games, but must first be caught again in the Pal Park. For the avid Pokémon collector, HeartGold and SoulSilver are the most comprehensive games in the series yet, with some 493 monsters to catch and collect. Most of these can be caught in Johto and Kanto, but those that can’t (including the Sinnoh starters) can be traded from Diamond and Pearl.

The kids that grew up with the original Pokémon games are now in their twenties, but the mechanics at the heart of each game are just as appealing to the seasoned RPG veteran as they are to your six year-old cousin. The odd looks and raised eyebrows that come with playing a Pokémon game are wholly undeserved. Of course bringing your Pikachu to the pub doesn’t help matters, but the fact remains that Pokémon is far more than a mere kids game. The role-playing mechanics are in-depth, there are hundreds of hours of gameplay on offer and the game boasts some of most innovative use of multiplayer connectivity ever seen in video games.

The only thing preventing the game from reaching the lofty heights of double digits is familiarity; the game is distressingly similar to all those that have come before it. This isn’t necessarily a bad thing depending on your perspective, as HeartGold and SoulSilver are the most refined and well polished games yet to grace the series. It does, however, reinforce the fact that GameFreak need to reinvent the wheel for the fifth generation of games. With HeartGold and SoulSlver the Pokémon series has reached a point where it can’t get any better. It’s like a level 100 Pikachu; it’s as good as it can possibly be, but it’s probably about time it evolved already.

With HeartGold and SoulSlver the Pokémon series has reached a point where it can't get any better. It's like a level 100 Pikachu; it's as good as it can possibly be.
9 WiFi features are as innovative as ever 493 of the blighters to catch! PokéWalker is an inspired addition The Pokémon formula is becoming worn out