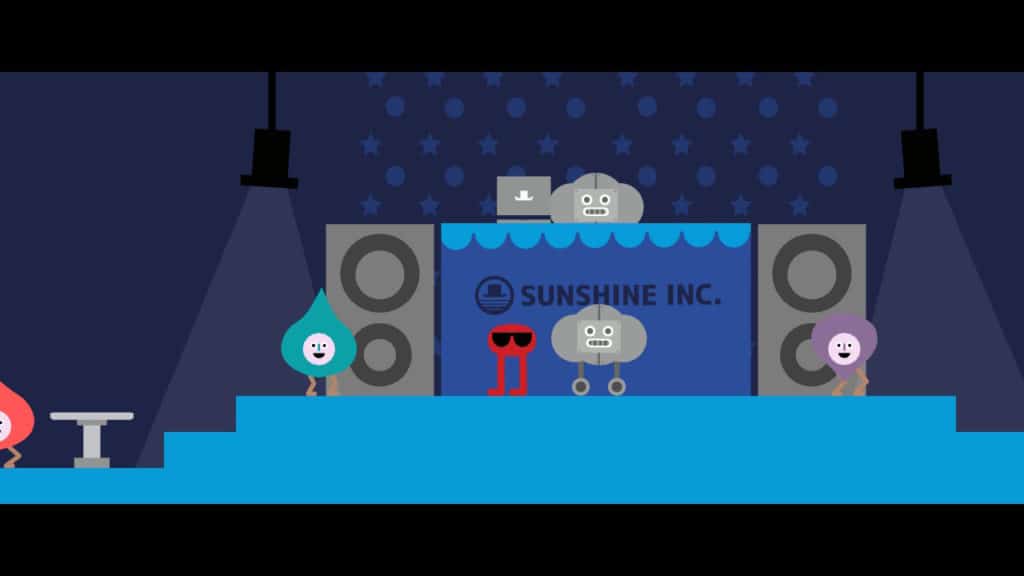 When it comes to Pikuniku, really hard to look past what, at first, appears to be an intensely saturated episode of Peppa Pig. The block colours, the simplistic design, the Looney Tune violence: it’s tailormade for a child to slap their hands together with gleeful ignorance, unaware of T. May’s plans to wreck their future, giggling at every offbeat noise they catch in the accompanying melody. Pikuniku isn’t about Daddy Pig’s family making an absolute tit of him at every opportunity, though. This is a story about how people can band together, and not accept what they’re fed by large corporations led by an evil, pink fluff ball in a top hat. And there’s an angry slice of toast in there, too.

Piku – a red, armless blob with legs – comes out of its cave to discover that a company called Sunshine Inc. is promising ‘free money’ to the locals in exchange for their junk. Naturally enough, you find out that Mr. Sunshine’s intentions are shady, and the eccentric townsfolk are at risk of losing their homes. This 2D puzzle-platformer does well to marry the absurd and the inspirational, having you play hide and seek with an anthropomorphic rock before joining the group looking to take down the property developer that’s negatively impacting your new pals. The contrast is handled terrifically. A rhythm-action dance off at the nearby nightclub is welcome, because it precedes a battle with a giant, buzzsaw saw-wielding robot. The narrative races towards the finish line in the final third, and some of the enjoyable frivolity is sadly thrown by the wayside, but Pikuniku still maintains its silliness. It’s like a trippy fever dream Neil Buchanan had after a particularly successful big art attack. And that’s a wonderful thing. 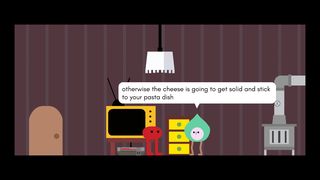 Argue with someone over how they should grow their flowers, collaborate with a budding DJ on a track for their next album, or learn some useful tips on when to wash pasta dishes. It’s nice trotting in and out of homes, unaware of what’s going to meet you inside. You mightn’t belly laugh at everything, but you’ll at least smile after seeing your main objective is to ‘Get Swaggy.’ Even the gags that don’t totally hit their mark are still pleasant in a way. The squelching and clicking of NPCs as their dialogue pops up on screen are as warm as a hug from a loved one, or more importantly, that first cup of tea in the morning. It doesn’t become an irritant, like other games that still use the N64 garble these days. Or the music.

Christ, it’s annoying. Sure, Pikuniku is a playful little jaunt involving talking shapes, but the *wacky* soundtrack is still not a good fit. Every song loops incessantly, with annoying bleeps and bloops – as well as some *really* jarring chords – thrown in for good measure. You’re not going to back this with a booming orchestra, of course: it would be wrong. The goofy premise is going to steer the harmonies in this direction, but sadly, the plodding, jazz-infused tunes are a real turn off.

Local co-op allows a buddy to join you as Niku – an orange, armless blob with legs – as you fumble your way through a number of two-player stages separate to the main game. The lack of an online option isn’t the biggest dealbreaker, because you need to be in constant communication with your friend, and the only way to do that – with the Switch, at least – is have them sitting next to you. Although, if I was able to take my Baskick (basketball, except you kick the round yoke through the hoop instead of ‘ketballing) skills online, I would be overjoyed.

Pikuniku uses cute and cuddly characters to tell its story about The Man making life difficult for small townsfolk just trying to get by. It’s message is clear: there’s power in numbers, and you too can initiate change, if you rise up. In the meantime and in between time, you can usher some wayward hatchlings home, or chat to a spider by a bridge, because why not? The harsh jingles and largely middling puzzles don’t take away from the fact that this CBeebies cartoon-a-like, with its delightful minimalism and cheery stupidity, is full of the kind of spirit we need right now.

This puzzle-platformer’s puzzles and platforming might be merely alright – and the music is a proper irritant – but Pikuniku is full of so much cheer and loveliness elsewhere. It’s bursting with character in a story that’s equal parts silly and uplifting.
6 Every absurd about turn is welcome Wonderful, simple artstyle Full of character Main puzzles are disappointingly cookie cutter Soundtrack is super irritating 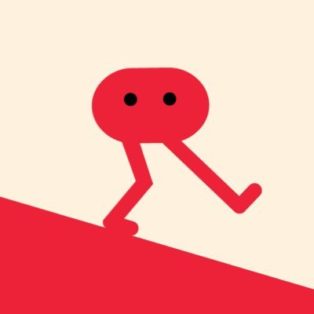