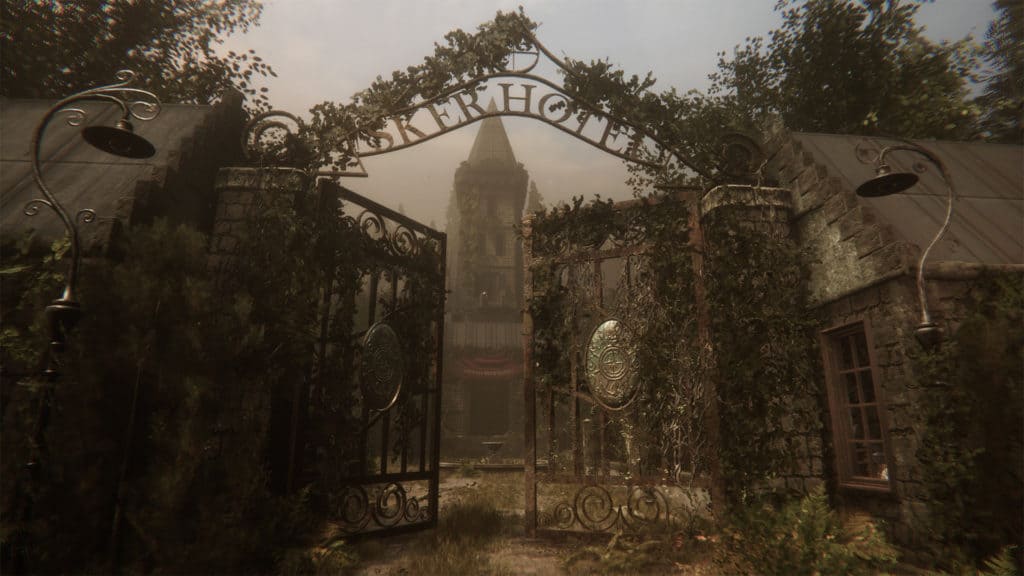 As you begin Maid of Sker, a first-person survival horror, you’re greeted with a message informing you that the game “has been designed to be experienced with audio”—a solemn reminder of how seriously developer Wales Interactive takes its craft. “We suggest you play with the volume turned up for best experience.” Dutifully following instruction, I was then blasted, after a brief moment of quiet, by the title screen, which is accompanied by the sound of screaming brakes, as though a train car full of violins had been derailed. As experiences go, this is hardly best. Nor was it reassuring. How much confidence can you have in your power to frighten, if you feel the need to provide instructions for your own jump scares?

On the other hand, we might admire the economy—the guile and thrift of a studio that spies a chance to chill us with a title alone. Sker (pronounced “scare”) refers to Sker House: a supposedly haunted pile that once darkened the South Coast of Wales (but which, since slipping into new ownership, has been given a garish lick of lemon-yellow paint—an attempt to drive out the ghosts by sheer force of Dulux). The game, set in 1898, centres on Sker Hotel, a fictional twist on its real-life counterpart, to which our hero, Thomas Evans, is bound. Things start out rather well; you arrive by train, the station is deserted, crumbling, and strewn with luggage, and the surrounded trees are draped with faded bunting. The first ten minutes have the spirit of a decent BBC television film: the light has a creamy haze, as if glimpsed through a net curtain; a lonely aria wafts on the soundtrack; and the atmosphere, attained simply and sparingly, is one of daylit unease. 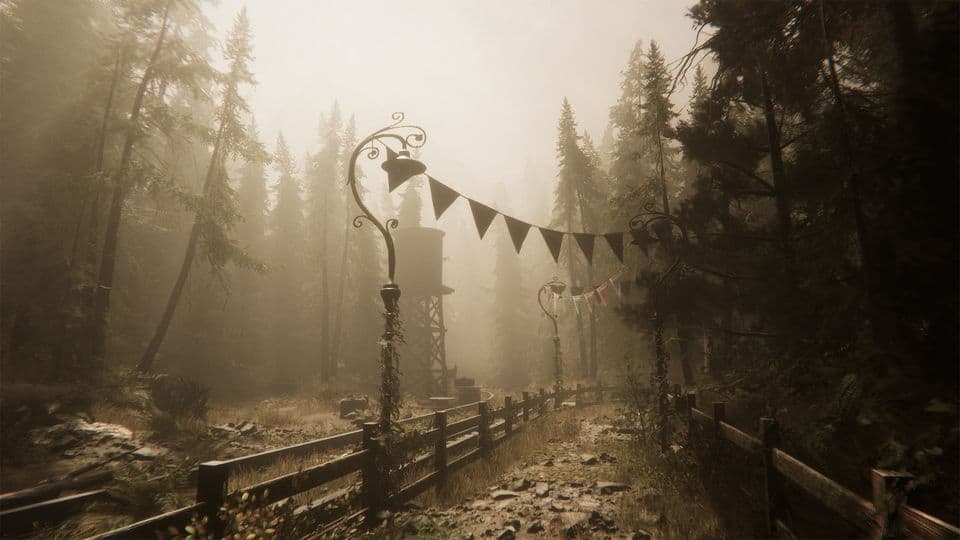 The setup is shakily sketched. Thomas has been summoned by his beloved, Elizabeth, a chanteuse being held against her will by her monstrous father and forced to sing—for what purpose we aren’t sure. She sends a letter, asking that Thomas find four wax phonograph cylinders, scattered about the grounds (quite why we don’t know), which, when played together, will transcend the realm of mere MacGuffin and break a curse that has befallen her family. Whatever the nature of their grim fate, they have pulled burlap sacks over their heads and now roam the hotel in a rabid state, sensitive to the slightest sound and primed to attack. This is an ingenious proposition: making mechanical stealth from the premise of A Quiet Place. Thomas can clasp his hands over his mouth, stifling any coughs—useful in dusty rooms or near wood smoke—and smothering his breath when the prowlers draw near. There is no combat, although, later on, he finds a metal doohickey that emits a piercing toll and stuns them in their sacks.

Most of your time is spent in sleuth mode, crouched behind furniture and creeping past these oafish sentries in search of puzzle items. These come in Capcom shades of baroque: shattered family crests, keys with themed insignias, crank wheels, and so forth. I have to profess a subdued enjoyment for the middle hours of Maid of Sker; the brittle tone of its opening is, sadly, long broken, along with the promise of any real horror, but, inching through the halls, room by room, and fitting it all together, you feel methodical and faintly satisfied—the way you might, say, in 1898, had you just started a jigsaw in an airy drawing room, gently batting away boredom as you would a fly. The stealth is also perfectly serviceable (there is a curious pleasure to be had when one genre conceals itself in the gloom of another); your foes follow set patrol routes, and, if you’re patient, you can comb your way through without quaffing many health-restoring nerve tonics or having to sprint from harm. 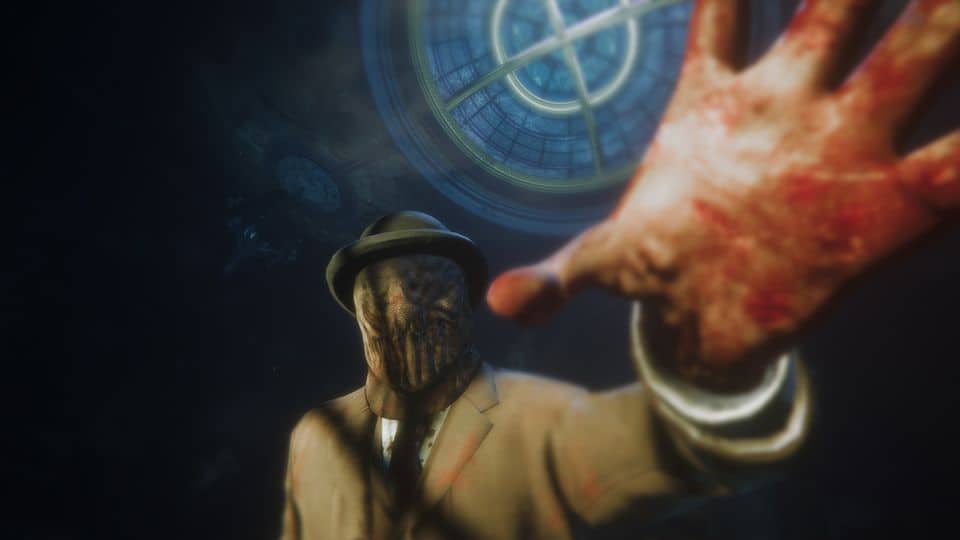 These happy Gothic rhythms are foiled by two main factors. The first arrives in the form of a bowler-hatted terminator: Elizabeth’s uncle Albert, apparently, though he is clearly a member of the Cyberdyne Systems family, sent back to spoil your fun. He bursts through the plasterwork, cannot be hid from, and his footsteps thump through the walls like those of Mr X from the 2018 remake of Resident Evil 2. Thankfully, He is confined to a single floor, but it’s a floor that frays the patience and forces you to confront the game’s inability to cope with such stresses; fast reflexes and freeze-dried nerves only go so far before sluggish controls and snaggy clipping hamper your efforts.

The second is one of performance and picture quality. Having once borrowed a bootleg copy of Saw from a friend—burned onto a CD-RW—in which the film’s natural scuzz was enhanced with an extra layer of closed-circuit static, I can attest to the power of poor condition when it fits the mood. However, with games that is rarely the case. Resident Evil 7 ran at a well-oiled 60 frames per second, leaving us to admire the blood-smeared clutter of its environments with clarity; its shadows were coalmine deep, but never greased up with high gamma. I spent much of Maid of Sker—which runs in Unity—peering into grey air and praying for a steady frame rate. I felt the same way playing last year’s Blair Witch; it hiked along (on an Xbox One S, anyway) at what felt like a constant 28-frames-per-second creak, and, while I appreciate that the jankiness might have been in keeping with the jitters of the found-footage genre, I prefer my shoddiness served up stylistically, rather than by cooking my console’s processor. 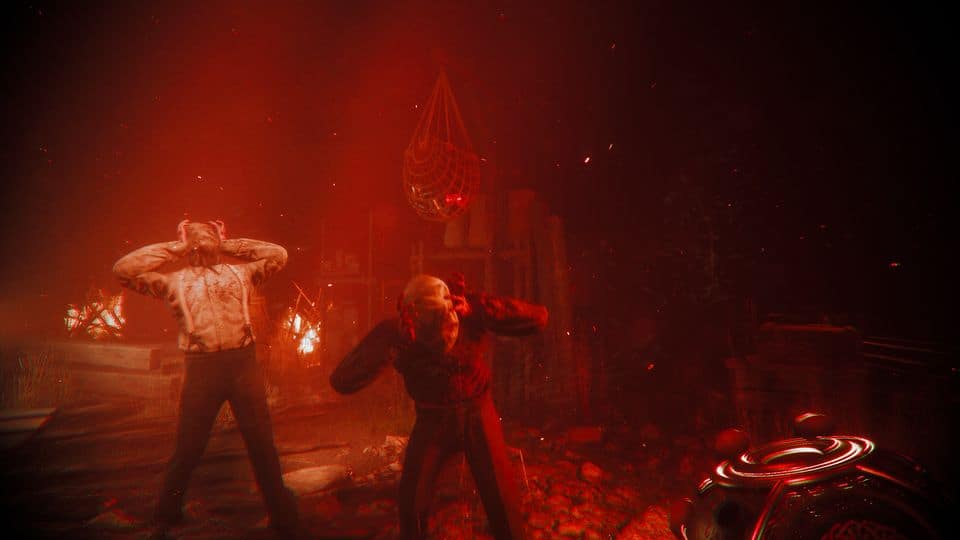 Perhaps it’s unfair to measure a giant of Japanese horror against a humble studio in Wales, but it seems—to judge by the map and the sparse spread of the user interface—that the developer is courting the comparison. Regardless, if there’s anything Maid of Sker calls for, anything engendered by the eerie serenity of its early moments, it’s smoothness. Leave the scratchy movement and the graininess to the phonograph; this is a tale that needs telling crisply. At least, I think it is. It’s difficult to tell. The designs of Elizabeth’s family aren’t so much foreshadowed as foreshouted (one diary entry reads: “They are more than humble fisherman with deep pockets, it is unusual and suspicious”), and the plot soon wavers off-key and winds up shipwrecked. But something about it hangs around, like the hum of an unsettling tune. By far the spookiest presence is Thomas, who never says a word; “It is so good to hear your voice again,” says Elizabeth, on the other end of a phone. The poor girl may as well have been talking to a ghost.

The designs of Elizabeth’s family aren’t so much foreshadowed as foreshouted, and the plot soon wavers off-key and winds up shipwrecked. But something about it hangs around, like the hum of an unsettling tune.
6 Unsettling Start Perfectly fine stealth Performance Uncle Albert